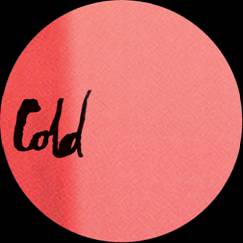 Blood Red Shoes
New Single ‘Cold’ out March 19th
New album ‘In Time To Voices’ released March 26th
Rough Trade In-Store + Tour Dates!
Brighton-based duo Laura-Mary Carter and Steven Ansell will return this year with their 3rd album ‘In Time To Voices’ out on March 26th and a new single ‘Cold’, released on March 19th via V2/Co-Operative Music. The band will also be hitting the road throughout the UK for an April and May tour.
Since the release of their debut almost 4 years ago, the duo have embarked on a gruelling, unrelenting tour schedule, seeing them travel the four corners of the globe and earning them an international fanbase. However the life on the road can have its side-effects as Steven speaks of some of their more troublesome moments :

‘”From getting arrested after spending a night drinking in a biker den, Laura fighting bouncers….twice, to the two of us breaking up onstage or having a giant fight in Prague and me getting found in the street robbed by two prostitutes. Oh and there was that time where we were invited to a hotel demolition party in Paris where we broke into Keith Richards’ room and totalled it. These stories are all on the record. I guess being only two people spending more than 300 days a year together makes you kind of…volatile. Modern bands seem way too clean-cut and sensible to us anyway.“