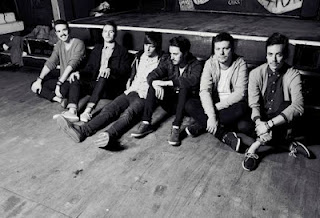 Hands Like Houses’ Rise Records debut is out today. The band recorded Ground Dweller at Chango Studios w/ Cameron Mizell (Sleeping with Sirens, Woe Is Me). 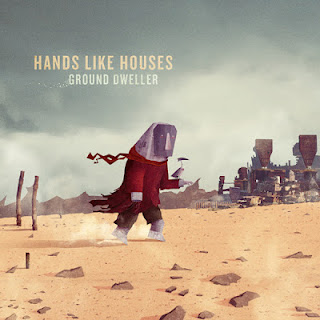 Hailing all the way from Canberra, Australia, Hands Like Houses have generated some solid buzz through their songs “This Ain’t No Place for Animals” and “Lion Skin,” which features guest vocals from Jonny Craig and Tyler Carter. Plans are currently underway to bring the band to the US for a spring tour in support of the new release. Ground Dweller is currently on #5 on iTunes’ rock chart and #44 overall.The record is currently streaming on the Rise Records Youtube page: www.youtube.com/playlist?list=PL48D1529B90627C4F. About Hands Like Houses: Hands Like Houses are a fresh and explosive 6 piece from Canberra, Australia. With a rapidly expanding international fanbase, the band has captivated audiences with their electric blend of technical, effects- heavy songwriting with post-hardcore passion and stage presence. Driven by rich lyricism and melodic, emotive vocals in the vein of Emarosa and The Getaway Plan, the band presents a complex and finely crafted mix of guitar and electronics, drawing from a broad range of influence including Thrice, The Receiving End of Sirens and Closure in Moscow. The closing of 2011 saw the band sign to American record label Rise Records, with their highly anticipated debut album ‘Ground Dweller’ subsequently announced to be released worldwide on March 13th. HLH traveled to the USA in 2010 and 2011 to record ‘Ground Dweller’ with Cameron Mizell of Chango Studios (Woe, Is Me, Sleeping With Sirens, Oceana). The subsequent single releases, ‘This Ain’t No Place For Animals’, and ʻLion Skin (feat. Tyler Carter and Jonny Craig)’ earned the band over 5,000 independent single sales via iTunes during 2011, and their most recent single ‘Antarctica’, released on Youtube through Rise Records, has amassed almost 200,000 views in its first month. Along with the band’s self-produced acoustic versions of ‘Lion Skin’ and ʻThe Sowerʼ, their YouTube channels have seen over three quarters of a million views, growing daily. Boasting a dedicated and fast-growing international fanbase, built through years of personally managing their social networks and independent promotion and touring, Hands Like Houses will release their hotly anticipated debut album ‘Ground Dweller’ on March 9th in Australia (March 13th worldwide through Rise Records). Buoyed by exceptional online pre-order numbers for a debut release, the record is well on track to break into the Billboard Top 200 and Heatseeker charts in the US in its first week. To date, the band has supported a number of notable acts from Australia and around the world, including The Getup Kids (USA), As Tall As Lions (USA), The Getaway Plan (AUS), Dream On Dreamer (AUS), Break Even (AUS), Hopes Die Last (ITA) and Tonight Alive (AUS). Their 2011 touring schedule saw the band play 50+ shows across Australia and Europe, impressing audiences with a sound and stage presence beyond their standing. Since forming in 2006 between high school friends, the band has evolved and grown to a dedicated and close-knit group. As So Long Safety, the band was nominated for 2 MusicOz awards in 2008, in the Schoolies and Music Video categories. Their singles ‘Lion Skin’ and ‘Antarctica’ have seen weekly rotation on Triple J, Australia’s largest alternative radio station, as well as regular play on local and internet stations including Western Australia’s The Pit FM. 2012 will see Hands Like Houses add to their list of local, national and international supports, beginning with Pushover 2012 in Melbourne Australia in support of Parkway Drive, Tonight Alive, 360 and others, before embarking on their first leg of US touring in the northern Spring/Summer to promote the release of ‘Ground Dweller’.