All Get Out On Tour with La Dispute, Balance and Composure and Sainthood Reps‏ [News] 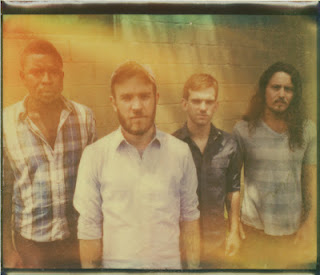 Charleston, SC’s All Get Out released their album, The Season on Favorite Gentlemen Recordings (home of Manchester Orchestra, Bad Books, Kevin Devine, O’ Brother) and now they’re heading out in support of the record as part of a killer tour lineup that also includes La Dispute, Balance & Composure and Sainthood Reps. The road is family—the disciplining father, the nurturing mother; exist as shadows at each stop to any band betrothed to relentless touring without a safety net. With miles behind and miles ahead, life in a van will change a band; and All Get Out are no exception. From the wasted days stranded, to the desolate moments of doubt, to the nights where immortality stretches through bended notes, two-hundred and fifty shows a year has shaped the band known for their attitude and angst on display through high woven volume into a refined framework fusing gambled moments and glossy catchiness. “We sound like we’ve been on tour for three years. We’ve been smoking and driving, and we don’t smell too good,” Nathan Hussey, singer and guitarist, defining the coming of age sound on their full-length debut, The Season. In 2007 the foursome from Charleston, SC found themselves with two EPs, stumbling into regular weekend tours of the South. Soon three days became a month and a month became six. A play-anywhere-for-anyone ethic kept All Get Out on tour for three years. A loyal fan base that has been equally enamored and entertained with their big ditch, bigger valley sound has grown with them, anticipating when the band would enter the studio again. Acting as a centerpiece to an album with running themes, the title track for The Season puts all the moments that have shaped the members square into the light. “While touring is fun and a dream, there were times where all of us wanted a wall to punch and cry and wished we were home, or had a home.” Hussey explains. Writing in the moment, truly unfiltered, each verse displays specific moments of disarray the band found themselves in: broken friendships, fights, and empty wallets. In the end The Season is about moving past it all so you can keep on driving.

Just as All Get Out accidentally ended up spending the formidable part of their ‘20s counting mile markers, so did The Season unintentionally transform itself into a pop record when the band began tracking with producer Matt Malpass (Lydia, Copeland). Still visceral and soul-bearing as before, The Season stretches All Get Out into the frequencies beyond reactionary abrasions. Rather than discard older material that dated back to 2007, when a much younger All Get Out wore relationship dirt all over each melody, the songs were kept for nostalgia, giving everyone a chance to hear how the band grew. Songs like My Friends, Son of Mine, Don’t Let Me Go and Girl Gun display an innocence, but the rest of the album shows a band aware that the horizon holds more than can be comprehended. Even Hussey has taken himself out as the protagonist of each song, changing his voice into a character that meanders in, saying “hello”, as the much bigger story unfolds. “It’s a book on the history of our band,” Hussey says of album. “Now we start another Season.”Released 20 September 2011
ALL GET OUT is: Nathan Hussey – Vocals, Guitar, Organ, Piano
Michael Rogers – Vocals, Bass, Trumpet Gordon Keiter – Drums, Percussion Mel Washington – Vocals, Guitar, Organ, Piano, Synth Additional Guitars & Pedal Steel: Andy Lee Strings: Ben Kaufman & Markus Midkiff Additional Organ & Synth: Andrew Knox Drum Tech and Additional Drums: Lane Johnson PRODUCED RECORDED AND MIXED BY: Matt Malpass at Marigolds and Monsters in Atlanta, GA STRINGS RECORDED BY: Brad Fisher, Lane Johnson, and Jared Tuck at Favorite Gentlemen Studios in Atlanta, GA STRINGS PRODUCED BY: Mel Washington at Favorite Gentlemen Studios in Atlanta, GA MASTERED BY: Colin Leonard at Glenn Schick Mastering in Atlanta, GA 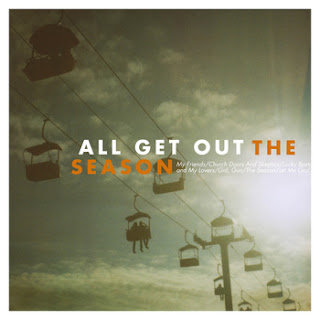 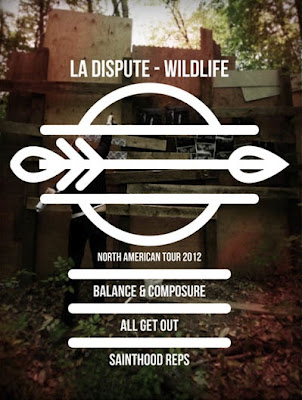 Check them out, playing the album’s title track on The Blue Indian: www.youtube.com/watch?v=MGu0A55Mo-Y