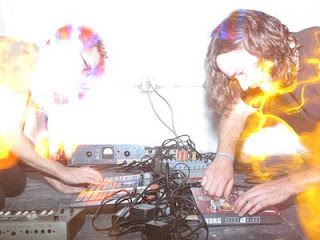 Tiny Victories is excited to premiere the second single off their debut EP Those Of Us Still Alive, out February 28th via their own BirdDog Records. The band premiered the track “Gravitron” with Prefix, who proclaimed “there’s no denying the uber-strong songwriting abilities of Tiny Victories’ Cason Kelly and Greg Walters. From the shimmering synthesizers to the driving production to the soaring hook, the track stands as the very definition of a musical earworm.”

Previously having shared bills with Hooray for Earth, The Hood Internet, Bear Hands, and Braids, Tiny Victories will also be heading out on a spring tour, including appearances at South By Southwest festival in Austin, TX. Tour dates are listed below.

Those Of Us Still Alive has an uncommonly organic, improvisational feel for electronic music. As Greg explains, “We make simple songs out of complex pieces. Take a melody that works on an acoustic guitar, then orchestrate it with samples that have been reprocessed beyond recognition-like the sound of trash being thrown into a Manhattan dumpster.”

Comprised of Cason Kelly and Greg Walters, the duo formed Tiny Victories in 2010. Prior to their transplant to Brooklyn, Cason spent his early 20s doing social work with inner city kids, while Greg spent six years as a foreign correspondent, covering a war (Russia-Georgia) and two revolutions (Ukraine, Kyrgyzstan).