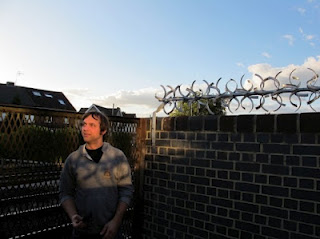 In honor and memory of Chris Reimer, who passed away February 21st, 2012 due to complications from a heart condition, Jagjaguwar invites fans and friends to celebrate his life and work with the band Women. On the afternoon of Wednesday, February 29th at 3p EST, inviting and encouraging fans to listen to both Women albums back to back, below. It’s a simple gesture in remembrance of our talented and compassionate friend, Chris.– Jagjaguwar.Reimer’s memorial service will be held tomorrow evening at Knox United Church in Calgary, Canada. His family plans to set up a fund in his memory, which will be announced on the Christopher John Joseph Reimer memorial website. That blog currently features testimonies from Reimer’s family and friends.To coincide with the memorial, Reimer’s Women bandmates, Women’s Canadian label Flemish Eye, and Jagjaguwar are asking fans to stream both of the band’s albums, 2008’s Women and 2010’s Public Strain, in commemoration, starting at 3pm Eastern time tomorrow afternoon.Here at Circuit Sweet we were deeply shocked and saddened by the tragic news and would like to say that with previous ties with Chris and Women we truly were honoured to have acquainted ourselves with the musician and his band.