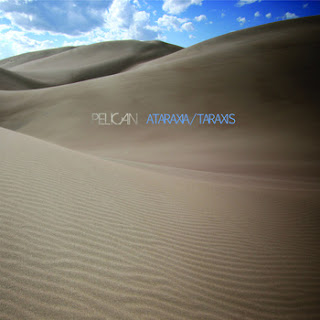 Pelican have recently transfered their incredible back catalogue over to bandcamp for your streaming pleasure.
Pelican have a new EP set to be released through the Southern Lord label on the 10th April. Their 4th EP overall. This is their first release built by making recordings in multiple studios (often not with one another) and compiling the results; an experiment which they think paid off quite nicely and gave them some indication on possible working methods for the future.
Atarakia/Taraxis
Tracklisting
1. Ataraxia
2. Lathe Biosas (Available as a free download streaming below)
3. Parasite Colony
4. Taraxis
Released 10 April 2012
Recorded and mixed by Sanford Parker at Engine Studios, Chicago. Drums for “Lathe Biosas” and “Parasite Colony” recorded by Aaron Harris assisted by Eric Palmquist at Infrasonic Sound, LA. Drums for “Taraxis” recorded by Kemble Walters at Downtown Rehearsals, LA. Additional recording by Trevor de Brauw at home.
Get More:
http://www.pelicansong.com
http://www.twitter.com/pelicansong
http://pelican.bandcamp.com