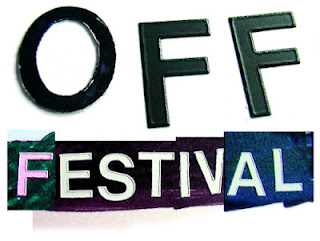 The apocalyptic racket of Swans, advanced mathematics by Battles, and the folk raconteur Kurt Vile, along with Baxter Dury, Spectrum, Container, and Nils Frahm: here are the latest additions to the OFF Festival lineup. Having already announced Iggy & The Stooges, Suidcide, Death in Vegas, Black Face, Iceage and Colin Stetson, OFF is living up to it’s reputation as one of the coolest and value for money European festivals .

Swans
Swans’ 2010 return to the studio and stage was inevitable. Few bands in rock history have had as much influence on guitar-driven music from the mid–90s onward: from My Bloody Valentine, Godflesh, Neurosis, and Godspeed You! Black Emperor to Sunn O))); from shoegaze and post-rock to industrial metal and drone — the Big Bang that took place in New York in the mid–80s left its mark on innumerable projects. Many years have passed since Swans’ full-length debut Filth, and the term No Wave is now familiar mostly to avid readers of popular music history textbooks, but one thing hasn’t changed: the inspired determination and divine insanity with which noise prophet Michael Gira and his bandmates perform their onstage ritual. It’s likely that OFF Festival audiences will hear tracks off the group’s upcoming album, currently in the works, titled The Seer. If you do decide to venture up close to the stage — Swans’ magnetic pull is hard to resist — take our advice: don’t forget your earplugs.

Battles
Rare is that band that can worthily be called a leader and a true innovator on the alternative scene after the release of just two albums. This New York group, which is celebrating its 10th birthday this year, has succeeded in this difficult art. On the one hand, the musicians in Battles have brought in their virtuosity and the experience gained in previous projects (such as Helmet and Don Caballero), and on the other hand, they’ve assumed an attitude of complete openness to new challenges, as made evident by Battles’ second release Gloss Drop (2011) and the concerts that followed, including the latest edition of the legendary festival All Tomorrow’s Parties, curated by Battles.

Kurt Vile and The Violators
No, “Kurt Vile” isn’t a cheap pseudonym. Hailing from the suburbs of Philadelphia, this long-haired bard owes his perfect combination of first and last names to his music-loving dad, who also gave him his first instrument: a banjo, so that Kurt could play bluegrass and country. But while the influence of these genres is still evident in his music, Kurt’s latest work is more reminiscent of Bruce Springsteen. Not literally — the similarity lies in their eclectic approach to music. On the one hand, Kurt has remained faithful to folk traditions, but on the other, his arrangements and styles reveal sounds more rooted in the world of alternative guitar music. No wonder his latest album, Smoke Ring For My Halo (2011, Matador Records), won universal acclaim from fans and critics.

Baxter Dury
Perhaps things would have been easier if he had just followed in the footsteps of his famous father, Ian Dury, but Baxter isn’t one to take the easy way out. His latest and third album, the critically-lauded Happy Soup, is an intimate confession by a mature and sensitive guy. Maximum results with a minimum of means. “With each listen you’re more and more absorbed by and into his own world,” warns one BBC reviewer.

Spectrum
After the disbanding of the cult group Spacemen 3, one of the most important projects in the history of psychedelic rock, Jason Pierce went his own way under the name Spiritualized, while Peter Kember began recording and performing under such names as Sonic Boom, Experimental Audio Research, and Spectrum. The OFF Festival will host that last incarnation. The group’s noisy yet colorful sound and astonishing formal range — from catchy pop tunes to improvised drones — led My Bloody Valentine to choose Spectrum as the perfect support band for their 2009 comeback tour.

Container
Ren Schofield has been sparking the interest of astute experts on American underground music since he launched his own label, I Just Live Here, to self-release cassette tapes filled with original, lo-fi electronic music, but it wasn’t until until he came out with an album, simply titled LP (Spectrum Spools), that the whole world took notice. Ren hails from Nashville, but he sounds like a native of Detroit. If Burial’s far-out sounds were a distant echo of rave, then Container offers a similarly detached reminiscence of Detroit techno. It’s hard music to dance to, but it’s easy to forget where and whom you danced with.

Pre Party
Unfortunately Diamond Rings will not be performing at the August 2 before party and taking their place will be Nils Frahm, the Berlin-based composer and producer known for his melancholy, meditative music based on austere piano sounds. True nighttime listening for fans of ambient and contemporary music.
Pre Party Line Up: Matthew Herbert (One Pig) + Alva Noto (Katowice Centre of Culture), Nils Frahm + Sleep Party People (Hipnoza Club). Please note that the capacity of the Hipnoza Club is limited and entry is on a first come first served basic.

Pass for all concerts on 2nd August only. Matthew Herbert (One Pig) + Alva Noto (Katowice Centre of Culture), Nils Frahm + Sleep Party People (Hipnoza Club). Please note that the capacity of the Hipnoza Club is limited and entry is on a first come first served basic.

Travel and Accommodation
There are regular cheap flights to from the UK and Europe to Katowice with Wizz Air, Ryan Air, Lufthansa and KLM.
Arriving at Katowice/Pyrzowice airport – take the bus marked “Lotnisko” to the Katowice train station (Dworzec PKP) and then transfer to one of the below lines.

Katowice has a broad range of accommodation, from cheap hostels to luxury hotels, but you can also live the festival life 24 hours a day at the OFF Festival Village, providing you with a place to stay, take care of sanitary needs, and grab a bite to eat. The Festival Village at OFF Festival Katowice 2010 will open August 5 at noon, and close on August 9 at 3:00 pm. A stay at the Festival Village costs 4 € (16 PLN) per person, per day.