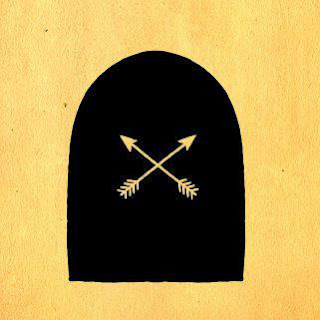 The band released a teaser trailer for the album, featuring the track “Remote And Dark Years,” available at MAPS & ATLASES / Beware and Be Grateful. The band is also heading to South By Southwest in Austin, TX, and have just announced a string of Midwest dates before and after the festival as well as dates in Europe and the UK in April. A full headlining US tour starting in May will be announced shortly.

The album – which follows the Chicago-based band’s acclaimed 2010 debut, Perch Patchwork – was recorded last year in a series of week-long sessions at Omaha’s ARC Studios with producer Jason Cupp (Nurses, Good Old War) once again behind the board.

As ever, Maps & Atlases defy easy categorization, choosing to walk their own incomparable musical path. Beware and Be Grateful sees M&A’s trademark experimentalism morphing to suit a more direct – though no less beguiling – songcraft. Fueled by a panoply of sonic influences, the album abounds with novel invention, spanning hymnal harmonies, percolating rhythms, even, in the case of centerpiece track, “Silver Self,” a full-on guitar solo (though to be fair, it’s unlike any solo previously committed to wax). Songs like “Remote And Dark Years” and “Fever” are gloriously liquid and lyrical, channeling M&A’s tightly constructed creativity into a genuinely distinctive brand of boundary-busting, asymmetrical pop. Self-assured and astonishingly ambitious, Beware and Be Grateful is Maps & Atlases’ finest, most fully-realized collection to date.

Since their formation in 2004, Maps & Atlases have captured the indie imagination with their extraordinarily artful amalgamation of polyrhythmic beats, elaborate melodies, and post-rock ingenuity. The band toured hard from the get-go, honing their kinetic time signatures and inventive energy through countless live shows as both headliner and alongside such artists as Broken Bells, Frightened Rabbit, Circa Survive, Cults, and RX Bandits. A major North American tour in support of Beware and Be Grateful will be announced shortly.

“The initial inspiration to write the song ‘Winter’ came on a freezing cold evening during the Chicago winter,” says frontman Dave Davison. “The song contrasts memory and the perspective of winter as a season of possibility and creativity with the bleak, stillness of winter nights in the Midwest.”

The album is out on the 16th April on FatCat.
Download ‘Winter’ here: