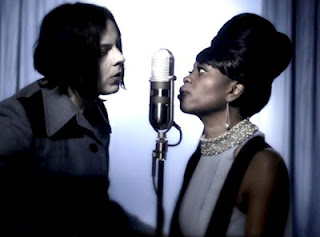 “Love Interruption” was originally made available January 30 as a free stream at www.jackwhiteIII.com and went on sale digitally the same day via iTunes. A vinyl version of the “Love Interruption” single featuring exclusive non-LP B-side “Machine Gun Silhouette” was released February 7 on Third Man Records. Third Man Records has also produced 300 limited edition Tri-Color vinyl 45s of the single and will be selling 100 copies at their Nashville storefront and select independent record stores on Feb 14th. Additionally, 50 copies of the Tri Color 7″s will be inserted into random mail orders through www.jackwhiteIII.com and www.thirdmanrecords.com.

In addition to his previously announced appearances at the Hangout Music Fest, Sasquatch! and Radio 1 Hackney Weekend, Jack is pleased to announce his first ever headline shows:

City Of Ifa/ Henrietta Split- "Everyone Is (Not) You" [Feature]