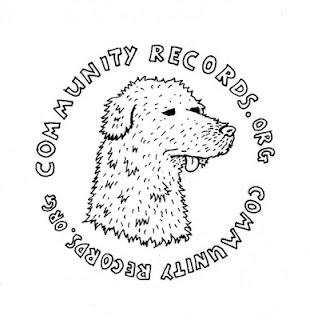 Our friends and followers will be aware that Circuit Sweet thrives all that is true DIY. The community surrounding independent labels- DIY shows and unique and heartfelt releases. A release with a personal touch means so much more than purchasing a manufactured basic record.
Working within the industry and putting out a record of our own we have come to cherish individuals and collectives who work hard to do the same- to promote and share a valuable release/artist, something needed to be discovered by more. From a simple share on a social network site to holding a release launch, those individuals who truly care and are deeply passionate for the music they believe in put such an incredible amount of time and strength into consistently providing support for that chosen act.
A label which is no stranger to the site and one we urge YOU to support due to their DIY ethics, solid releases and array of talented bands is that of Community Records.
The DIY label based in New Orleans, Louisiana- pride themselves on delivering the best in underground punk, reggae, hardcore, ska, experimental, noise etc. Community Records try to create something different, something positive, inclusive, beautiful, inspiring and something reflecting quality. Their efforts, all of which paying of. Their bands are united not on the basis of musical style but more on the common goal of making challenging music in a radical way. Community Records aim to break down the walls between artists and listeners and the one thing that sets the New Orleans label apart from others is, despite putting out physical releases they also offer the majority of their music available as a free download.
” These ideas should be heard. Your ideas should be heard.”
Community Records collective is made up of Daniel “D-ray” Ray, Greg Rodrigue and Dominique LeJeune (street team/ internets manager) and of course you. Just by reading this feature on the Label you are what makes them going. Everyone that supports them – you too are a key part of the label. Community Records go by three things-
1. People
2. Good Music
3. Connecting  #1 and #2
18 artists associated with Community Records feature some bands familiar to our introducing posts such as- A Billion Ernies, Arm The Poor, Brunt Of It, Caddywhompus, Fatter Than Albert, Informant, Maddie Ruthless, Matt Wlxson’s Fying Circus, Murphy’s Kids, Pericles, Public Access, Safety, See You In Mexico, Stuck Lucky, The Flaming Tsunamis, The Lollies, The Rooks and We Are The Union.
After being founded in February 2008, the label have just passed their 4 year milestone and in those 4 years have already changed musicians and music lovers lives for the greater. To date the projects they’ve put out are as follows: 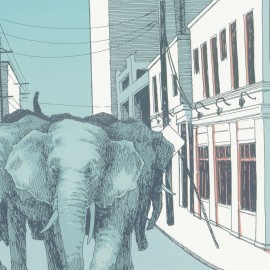 THE GREENHOUSE COLLECTIVE AND COMMUNITY RECORDS PRESENT: An hour and 1/2 of footage. Documentary/ Live performances from Block Party 2011. Over 5 months of visual and audio editing have gone into making this a reality. Music performances by: RX Bandits, Stuck Lucky, Caddywhompus, A Billion Ernies, The Best of The Worst, The Rooks, Informant, Forthrights, Murphy’s Kids, Mad Conductor, Sun Hotel + Tons of amazing footage from each day.

This DVD is truly a fantastic visual experience and a release all that involved should be very proud of. It’s empowering to witness the passion and commitment each member associated with the event- be it from Team to Musician to the Crowd- possessed. A must see- from performances we’ve featured on here (reappearing and streaming below) to in depth interviews. A group of like minded people sharing their experience, their thoughts on DIY productions;  their music scene, iconic names, dedications to  the great array of talent performing throughout the event.
Saturday, April 16th 2011 – Caddywhompus performs “Age of Wild Spirits” from their album The Weight at the Community Records Block Party 2011 in New Orleans. You can get a DVD copy of this video and other bands from the festival here: http://communityrecords.org/store/block-party-stuff/block-party-2011-dvd/
This year’s Block Party is quickly approaching. Taking place April 21st- Community Records and WTUL 91.5 Present Block Party 2012. Held at The Big Top, New Orleans. 2 stages- 24 bands and all ages welcome if you are local to that area then make plans to get to this great all day festival/showcase.
For those that live too far away but loved what you saw in the trailer, pick up the DVD and feel closer to the label and their plethora of great acts. 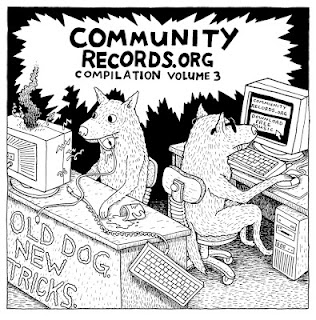 One of the latest releases from Community Records as mentioned earlier is their third Compilation COMMUNITYRECORDS.ORG Compilation Volume 3. Which features 27 songs all of which offering a variety of sounds/arrangements. Featuring both new tracks, old favourites and previously unreleased or rare tracks. Those unreleased tracks are from : ALL PEOPLE, SONS OF ODIN, SAFETY, & THE BEST OF THE WORST.

As part of their great love to share you can download this entire compilation for free over at Community Records simply go to their free music tab.

The great thing again is this notable release is also available in a physical format which I suggest you get your hands on!

Now you’ve familiarized yourself with the hardworking Community Records and all they exist for head over to their site- discover a treat and share their music.