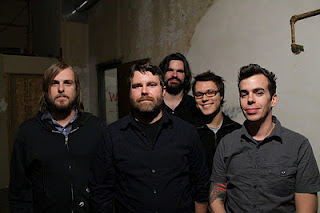 This Summer, No Sleep Records is proud to release the yet-to-be-titled fifth full length album from The Casket Lottery.

Whereas Kansas City’s favorite sons are defined by their traditional harmonious and abrasive bombardment of punk and hardcore tenacity, they have now created tracks which are entirely more fleshed out than previous releases. No longer afraid of being limited as a trio, the sails have been cast into the water’s trenches in order to further explore the boundaries of Casket Lottery’s own songs.

Recorded at Black Lodge Recordings with Ed Rose in Eudora, KS during the Fall and Winter of 2011/2012, the band’s latest will be a darker album than anything they’ve recorded in the past. Said direction was hinted at with “Survival is for Cowards” and “The Smoke and Mirrors EP” yet the “weight of the day” theme has been revisited to set the tone of goth punk songs that are as angry and triumphant as ever.

In addition to the new full-length album, No Sleep Records will also be releasing a new 7″-EP from the band, as well as a new solo 7″ from Casket Lottery frontman Nathan Ellis, both available this Spring.