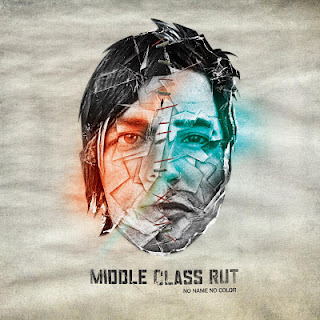 The Sacramento-based rock duo Middle Class Rut is gearing up for a run of dates with Chevelle and Janus. Beginning February 24 in Grand Rapids, Michigan, the band will make their way around the Midwest and East Coast, with stops in New York, Providence, Atlantic City, Nashville, and more.

Middle Class Rut is touring in support of their debut album, No Name No Color, which spawned the smash radio hit “New Low” – reaching #5 at Alternative Radio. The anticipated new single “Are You On Your Way” will impact around the start of the tour. Having been named a “2011 Artist to Watch” by MTV and scoring a coveted spot in USA Today’s “On the Verge” feature, Middle Class Rut are one of the most promising acts of the year. BBC Radio 1’s tastemaker Zane Lowe awarded them Hottest Record honors, calling them “something propulsive and tribal that promises to unleash the rock, but remains unexpectedly restrained.” AOL’s Noisecreep declares the album “raucous, melodic rock,” while Alternative Press asserts “MC Rut are riveting, the rawness and intensity of their performance drenched in the pints of sweat they undoubtedly shed at every show.”

Middle Class Rut’s resplendent cover of the Bob Dylan classic”Hurricane” is now available for purchase via all online outlets. The digital bundle also features an exclusive live version of “New Low” (from No Name No Color) and “Dead Set” (from 25 Years EP), recorded live in the UK at Zane Lowe’s Maida Vale session and at XFM Studios, respectively. The “Hurricane” 10″ is also available on vinyl – order it HERE.

Middle Class Rut’s Zack Lopez (vocals, guitar) and Sean Stockham (vocals, drums), have been playing together since they were teenagers. The pair records every song they write together almost immediately upon coming up with the idea in their rehearsal space, capturing the instantaneous spirit of a track while still in the moment. They’ve toured with a range of artists, including Linkin Park, Social Distortion, Alice in Chains, Them Crooked Vultures, …And You Will Know Us by the Trail of Dead, The Bronx and AWOLNATION. Their track “Lifelong Dayshift” is also featured on the exclusive GameStop release of the Transformers: Dark of the Moon soundtrack.