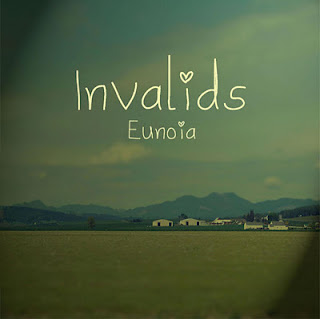 Invalids consist of  Pete Davis on guitars/drums (programmed)/vocals and Nick Shaw on bass. The pair incredibly have never met in real life yet their talented efforts combined result in this promising math rock band.

Sherman Is Connector
Music and lyrics written by Pete Davis
Recorded by Pete Davis and Nick Shaw
Video editing by Nick Shaw
The album is officially released January 31st.  Eunoia is streaming in full below.
Tracklisting
1. Sherman Is Connector (free)
2. It’s a Pipe Bomb, Jobriath
3. Diastole
4. J Whiting, From Our Hearts We Send Thee
5. School Social
6. Ursine Valor
7. Far Away Cranes
8. Steinborgium
9. I’d Rather Be Driving; Skyscrapers
10. And Was It Worth It in the End?
I (Pete) started writing these songs after hearing Maps and Atlas’ “Every Place Is a House” for the first time. I was so blown away and enamored of the guitar technique that I had to figure out how it was done. That was some time in 2008. The first demo recordings were done at my mom’s house in New Jersey back in 2009.

I met Nick (bassist) through an online forum of musicians many years ago. He asked if he could take a shot at the basslines in the demos, which, at that time, were done synthetically through VST (the bass parts were too hard for me to play myself). I said sure, what the heck, let’s try it out. He sent me the first track, “And Was It Worth It in the End?”, and I was really (REALLY) impressed, especially because he was like 18 at the time.

Since then I’ve been writing the bass lines with him in mind; I tab everything out in a tablature program (including bass and drums), send him the files, he adds his bassist touch, and records it and sends it back.

We’ve never actually met in real life. He lives in Pennsylvania, I live in Oregon.

No picks were used in the making of this album.

All guitars are in open tuning (example, low to high, open E: E B E Ab B E). Bass is in standard tuning

Ursine Valor is the only song in which both guitar tracks do not use the same capo placement (left guitar capo 5 in open E; right guitar none, detuned to open D). The bass on Ursine Valor is detuned to D-standard.

Every song has some sort of allusion or Easter egg referencing another song, be it from popular music or from friends of mine.

We are nice and approachable and will teach you how to play the songs if you want. Thanks for listening!

An acoustic album is also in the works: petedavis.bandcamp.com/album/eunoia ; This will be written/recorded/released after the original, whenever it’s finished. 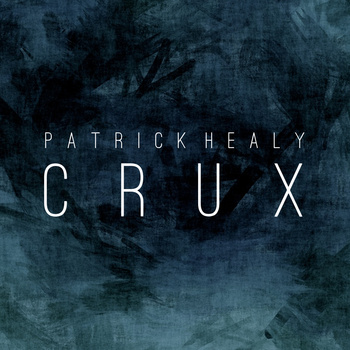