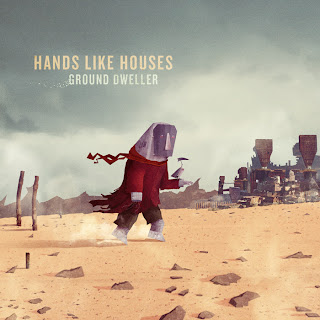 Hands Like Houses have revealed the album title, cover art and track listing for their Rise Records debut, Ground Dweller, due out March 13, 2012.

Pre-orders launch on January 19th, 2012, along with a lyric video for the new song “Antarctica.” The track will also be available as an instant download with the album pre-order.

Hands Like Houses are expected to tour the US this spring.
Ground Dweller Track Listing:
1. Antarctica
2. Don’t Look Now, Im Being Followed. Act Normal.
3. This Ain’t No Place For Animals
4. Spineless Crow
5. Starving to Death In the Belly of a Whale
6. A Clown and His Pipe
7. The Definition of Not Leaving
8. Lion Skin
9. One Hundred
10. Watchmaker
11. The Sower