It’s always comforting to feature a new label, something adding variety  which ables us to connect this with our readers. Today we feature Fading Halo Records and their first two releases. Fading Halo records are a DIY label from Romania.
The label was founded by a group of friends dedicated to promoting hardcore and related genres.
They operate by diy ethics- something we cherish- and are strictly against any of the hateful, discriminating ideas that have made their way into heavy music.
The label have two new releases streaming below.
Introducing Coins as Portraits. Coins as Portraits are an experimental grindcore band from Brasov, Romania. Consisting of Bog (guitar), Ichim (vocals), Lau (bass), Marius (drums), Mircea (vocals). Together they have been developing their sound since late 2006, with their first proper recording “Form and Structure, Storm and Fracture” released in 2011 by Fading Halo Records and Asiluum. Of which we feature below. Coins as Portraits take a progressive approach to songwriting, pushing past genre boundaries. Their experimenting with grindcore involves unusual time signatures, dissonance and unconventional song structures. A form of extreme music that bears little resemblance to traditional metal. Listen below to their powerful release-
Form and Structure, Storm and Fracture 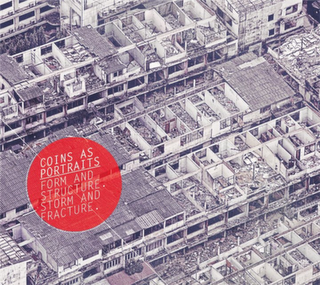 Tracklisting
1. Great Numbers
2. The Curator’s Brush
3. The Plot
4. The Human Predicament: Part I
5. The Human Predicament: Part II
6. Overcome By Assumption
7. Solipsism
You can download the album for free via Fading Halo Records here-
www.fadinghalorecords.com?page_id=93
Released 01 October 2011
Music & lyrics by Coins As Portraits
Recorded, mixed and mastered by Marius Costache – www.mariuscostache.ro
Fading Halo Records – www.fadinghalorecords.com
Asiluum Records – www.asiluum.com
Cover by Mircea Vlad – www.mirceavlad.com
The second release comes from I Stared Into The Forest. Also hailing from Brasov, Romania this 4 piece Hardcore band blend different hardcore styles, with emphasis on “real screamo” and metallic “math” hardcore and even hints of death metal.
The band is built on DIY ethics, a love of freedom and a strong stance against discrimination. I Stared Into the Forest’s first release, entitled “Society Discontinued”, was released in 2011 on Fading Halo Records. The band went on a mini tour through central/eastern Europe with Coins as Portraits and El Cabraret.
While merchandise is available at shows and at various distros, the band also provides their music as free downloads.
Society Discontinued
a blend of different hardcore styles with hints of grindcore and death metal. 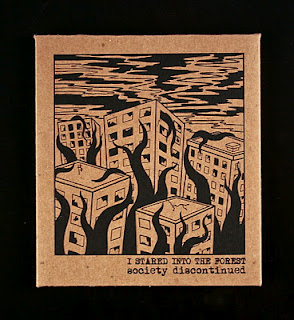 Tracklisting
1. Watching the world collapse
2. Sloth Machine
3.Locked in Part I
4.Locked in Part II
5. Clean Up The Snow
6. Sore Monday
Featured on this recording, isitf was adrian, andrei, bogdan and lucian.
Recorded, mixed and mastered by marius costache
Artwork by viez
Release 1st October 2011
You can download the album for free or purchase the CD here-
www.fadinghalorecords.com?page_id=95
Get More:
http://www.fadinghalorecords.com
https://www.facebook.com/pages/Fading-Halo-Records/134031493362065
https://www.facebook.com/coinsasportraits
http://coinsasportraits.bandcamp.com
https://www.facebook.com/istaredintotheforest
http://istaredintotheforest.bandcamp.com/

Rock vs. Cancer- Teeth- A Powerful Project – Follow Up