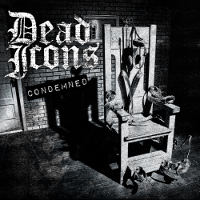 Dead Icons is a hardcore band from Lexington, Kentucky and has been a band for about two and a half years. They weren’t from a prominent city in the hardcore scene, didn’t have a friend in a popular hardcore band, or have any members of any past notable bands. So instead of giving up, they set out to achieve their goals by sheer hard work and continuing to push through when times got tough and most bands would back out. The band started from members of several local bands who shared the same dream of being able to tour, and at the end of
2008 they decided to pursue their dream and released a six song demo. Shortly after this, and after a few of the members either graduated high school or dropped everything they were doing, the band completed a self booked full U.S. tour.