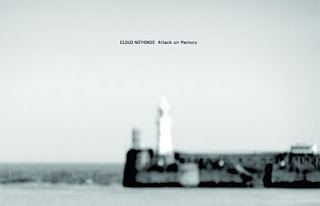 Cloud Nothings have just uploaded a new track from their forthcoming Steve Albini Produced album ‘Attack on Memory’.
Following the release of brooding album opener ‘No Future/No Past’ at the end of last year, Cloud Nothings are gearing up for the release of their heavier, Steve Albini-produced album ‘Attack on Memory’ on February 6th. Not content with teasing fans with just the one track, Dylan Baldi & co. are about to fully show off their heavier, angrier and more aggressive sound, by revealing album track ‘No Sentiment’.
Listen to the new single streaming below-
Cloud Nothings, “No Sentiment” by The FADER
Full Album Tracklisting:
1. No Future No Past
2. Wasted Days
3. Fall In
4. Stay Useless
5. Separation
6. No Sentiment
7. Our Plans
8. Cut You
Get More: