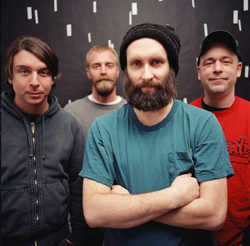 Built to Spill have announced a handful of 2012 tour dates. With news that more dates are still yet to be announced and appearances at notorious festivals.

At The Drive-In Set to Reunite [News, Big News]