A-Tota-So- I’m not smart, I don’t have all that book learning stuff (Live) [Single] 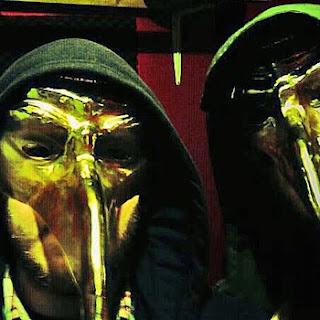 A-tota-so are a new 2 piece experimental project featuring Alright the Captain guitarist Marty and Cheap jazz drummer/guitarist Jamie. A-tota-so formed in September 2011 and played their first show in London on the 23rd september, their second show was in Bernburg, Germany in October.
Live shows can unpredictable with the duo inviting guest musicians to join them for an improv jam towards the end of their set. Pete Fraser from Down I Go joined the band at their first show on Saxophone and Andy K from The Andy K show joined them in Germany. A-tota-so recently recorded a live session for Hatchd Magazine which will be online in the very near future.
Listen to the new live single streaming below and available as a free download-
Get More:
https://www.facebook.com/atotaso
http://atotaso.tumblr.com