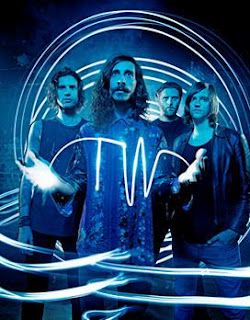 ‘The kinetic energy and raw power of the bands live show captured on every vital moment’ KERRANG!
‘Turbowolf have married the angular British rock of the last decade perfectly with the generation before it and the results are exceptional’ ROCK SOUND

It appears that Turbowolf have developed a taste for the road as they announce not one, but two European tours for 2012. The band will round off their 2011 with two shows supporting Soulwax at Brixton Academy, then come February the band hit Europe with Pulled Apart By Horses and then again in March with The Subways. Not only that but sandwiched in between these two tours are the bands own European headline dates!

Turbowolf’s album has received great reviews across the board including Artrockers Album of the Month where they were awarded full marks for their stunning debut. Kerrangscored the album with KKKK’s, Rock Sound gave it a glowing 8/10 and Big Cheese awarded it 4/5.

Turbowolf’s first two singles ‘A Rose For The Crows’ and ‘Read and Write’ have been getting plenty of attention at BBC Radio 1 on Daniel P Carters Rock Show. Fearne Cotton gave‘Read and Write’ it’s first daytime play, and Nick Grimshaw had the first spin of upcoming single ‘Lets Die’ with the band fresh off the stage and in the studio after the sold out final show of the headline tour.

Catch the band live and insanely loud on this excellent string of dates. Wild, un-caged brutality is a guarantee. See below for details.

Earth unveil the immense and meditative new track: The Colour Of Poison