THE CIVIL WARS : Tracks In The Snow [Stream] 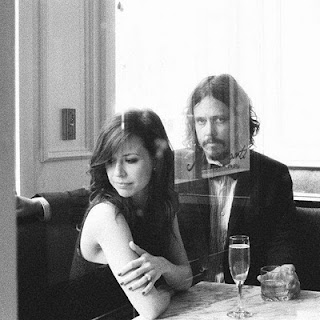 The Civil Wars are a raw and unique talent who’s heartbreakingly sparse and beautiful melodies sit perfectly with their two agonisingly restrained individual voices. With flavours of blues, folk, Americana, country and classic singer-songwriter their sound is firmly rooted in the gothic American South. Accompanied by dark and brooding visuals, the bands imagery continues the intimate conversations and understated sparks of the music. Tracks In The Snow and O Come O Come Emmanuelle are chilling and beautiful songs from the duo, which are available on Limited Edition White Vinyl.
The Civil Wars – Tracks In The Snow by PurplePR
Following a sell-out Union Chapel performance in September the band have announced a full UK tour in March 2012, including a headline show Shepherds Bush Empire on Monday 19th March. Tickets are available via www.thecivilwars.com