December 22, 2011
Back in May we introduced you to It Was All A Bit Black and White.
Consisting of Mosey on Drums and Mattew on guitar providing the loops and synth; together they are a two piece post rock experimental instrumental outfit with great potential. Hailing from Galway Ireland they are currently situated in a surrounding thriving from clever, instrumental bands and notorious labels, most of which are regularly featured here.
The band Started in early 2011 with the release of a 2 song demo and since then they have supported such bands as LITE, Maybeshewill, Vialka, Ten Past Seven as well as many others.
They have almost finished recording their first EP which will consist of six songs and they hope to release in the new year. During the recording process the band also recorded a separate song entitled “Birds” in collaboration with a video made using stop motion animation of drawings done by artists Matthew Sutton and Steven McGovern.
You can watch this video below alongside a free download streaming via bandccamp- a taster of the delights to look forward to from this engaging band.
Birds
Animation by Matthew Sutton and Steven McGovern
Edited by Brendan Flynn.
Sound Recording and Production by Hob Junker. 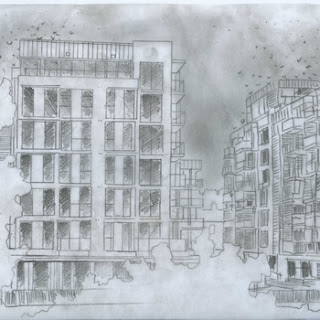