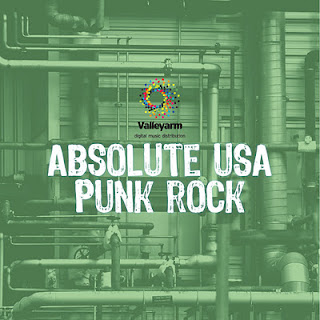 Over the next few weeks we will be promoting an upcoming Punk Compilation curated by Valleyarm Digital Media Distribution and the hard work of Matt Diewald- a man who is passionate about his musical taste. With many featured artists already recognised names here at Circuit Sweet; we will be bringing you closer to the release and closer to the bands with in-depth interviews and more. Until the compilation will be ready to stream and available for all.
Valleyarm Digital Media Distribution to Release Punk Rock Compilation
Globally November 29th, 2011
From the basements and living rooms of countless young people in America, punk rock has taken a surprising return to the underground of today’s independent music scene.  Today’s punk boys and girls have stopped focusing on the commercial possibilities of punk music, so they can set their sights on what really matters: the music.
Combining a love for DIY-ethics with the accessibility of the internet, a new scene of kids were learning to play music and share it with their friends in the same way it had been done in the 1980s and 1990s.  Bands and fans broke down barriers to form relationships both professional and personal. The goal to just have fun became increasingly attractive to those who were sick of a public that doted on rock stars.
Absolute USA Punk Rock is teeming with un-jaded, unbridled excitement from men and women who just want to create music together, and that is what makes this release so refreshing.
Long-time punk heroes, Small Brown Bike fit nicely next to younger bands like Pessoa, Banquets, Over Stars and Gutters, and Snowing to create music that is both catchy yet challenging. Whether it be Snowing’s jangly guitars, the hooks of Banquets, or even Small Brown Bike’s Travis Dopp playing a punk-infused folk song with dual male-female vocals with his band Leave Let Be, Absolute USA punk always engages the audience looking for something more out of their music.
In today’s underground punk scene, the kids have taken back what was once considered a negative word: emo.  Gone are the over-the-top goofy hairstyles and over produced albums of the early aughts; today’s bands have rediscovered the punk attitudes found in many of the mid 1990s emo and post hardcore bands.   CSTVT, and Empire! Empire! (I was a Lonely Estate), You Blew It, and Australia’s own Arrows re-invigorate the style while maintaining their own unique punk sound to make it even better.
Tracks from Dowsing and Jet Set Sail have the kind of bouncy urgency missing from punk rock that makes a welcome comeback here. These song are good, clean fun.
Monument and Prawn delve deep into underground roots as they play their own versions of punk rock that was once home on legendary punk label, Dischord Records.  Taking clues from modern prog rock bands, like the Mars Volta, and the dynamics of post rock bands, like Mogwai and Explosions in the Sky, punk takes a leap forward with Fugue, Rooftops, and Duck, Little Brother, Duck!
Fans of many different styles of punk rock will find something to get excited about on Absolute USA Punk Rock.  Released globally in digital format only through Valleyarm Digital Media Distribution, the compilation gives listeners an intimate view into what punk has become in today’s music underground. 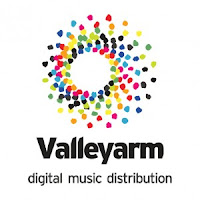 1. Banquets – Fireplug
2. Rooftops – Raft Easily
3. Snowing – I Think We’re in Minsk
4. Fugue – White Tiger of the West
5. You Blew It! – Hope It’s Not a Deposit Bottle!
6. Small Brown Bike – In Need of Everything
7. Jet Set Sail – The Definitive Guide to Jet Set Sail
8. Arrows – Surely Not? Afraid So
9. Monument – Goddamned Claw Machine
10. Leave Let Be – You Don’t Touch Me
11. Over Stars and Gutters – They Left a Note
12. Dowsing – …And That’s Why You Always Leave a Note
13. Empire! Empire! (I Was a Lonely Estate) – Rally the Troops! Poke Holes In Their Defenses! Line Our Coffers with Their Coffins
14. Pessoa – Wellohwell
15. Duck, Little Brother, Duck! – Steve Jobs (All Is Fun Until Someone Gets Stabbed)
16. Prawn – Wesley’s Pipe Dreams
17. CSTVT – Cities & Memory

As we’ve been focusing on the punk community recently and the acts that have united this sense of belonging within the association; this compilation is again doing just that. And we can’t wait for you to hear it, but until then we will familiarize you with the featured artists.
Get More:
http://valleyarm.com
http://twitter.com/valleyarm
http://youtube.com/valleyarm
http://digisingle.com/