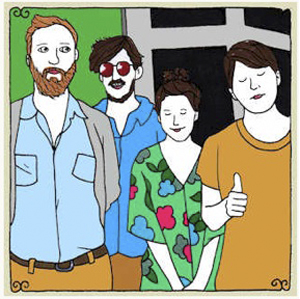 LA-based Superhumanoids are pleased to unveil their latest offering with the release of their premier Daytrotter session. The session features two tracks, “Palm Springs” and “Malta” from their most recent EP Parasite Paradise (Hit City USA) as well as “Hey Big Bang” from their 2010 EP Urgency.

In time with the release, the band is excited to announce an upcoming headlining performance December 16th at The Echo in downtown Echo Park, Los Angeles. This performance marks a special occasion, the 10th anniversary of iconic Los Angeles venue The Echo.

Hit City U.S.A. is an independent Los Angeles-based record label emceeing the pulse of California cool. Artist-owned and operated since 2008.