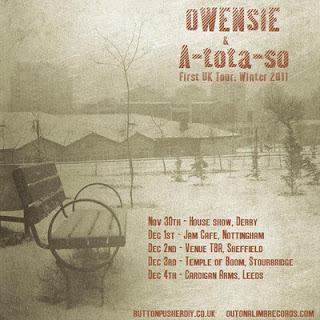 Owensie and A-tota-so will embark on their first UK tour together this winter so go see them at any of the following shows…
Tour Dates:
30th Nov @ Studio Show, Derby
1st Dec @ Jam Cafe, Nottingham
2nd Dec @ Studio show, Sheffield
3rd Dec @ The temple of Boom, Stourbridge
4th Dec @ The Cardigan arms, Leeds
Owensie
Owensie’s been hanging around the Dublin music scene in his various guises for so long that he’s practically part of the furniture but now its time to hit the UK. The talented Dublin songwriter, a one-time member of Puget Sound & Terrordactyl (featuring the Adebisi shank boys) and current guitarist with Realistic Train, released his debut album “Aliens” in feb 2011, it was recorded by James Eager at the Hive Studios were Owensie was joined by Andy Mooney (percussion), Mick Roe (drums), Julia Mahon (piano, piano and string arrangements) , Ailbhe Nic Oireachtaigh (viola) and Paddy Dexter (cello).

“Emerges as a startling new talent with this wonderfully assured debut” – 4/5, Irish Independent

“A peaceful album to fall asleep to, and what’s more, an exciting one to make up with” – 4/5 Hot Press

“It’s the clever, slow-paced reps and carefully layered undertones that leap to the fore” – 4/5, State.ie

“A quietly evocative and memorable record that deserves to be heard – and adored”- 4/5, Sunday Business Post

Get More:
TWITTER – @owensiemusic
http://owensie.bandcamp.com/
A-tota-so
A-tota-so are a new 2 piece experimental project featuring Alright the Captain guitarist Marty and Cheap jazz drummer/guitarist Jamie. A-tota-so formed in September 2011 and played their first show in London on the 23rd september, their second show was in Bernburg, Germany in October.

Live shows can unpredictable with the duo inviting guest musicians to join them for an improv jam towards the end of their set. Pete Fraser from Down I Go joined the band at their first show on Saxophone and Andy K from The Andy K show joined them in Germany. A-tota-so recently recorded a live session for Hatchd Magazine which will be online in the very near future. 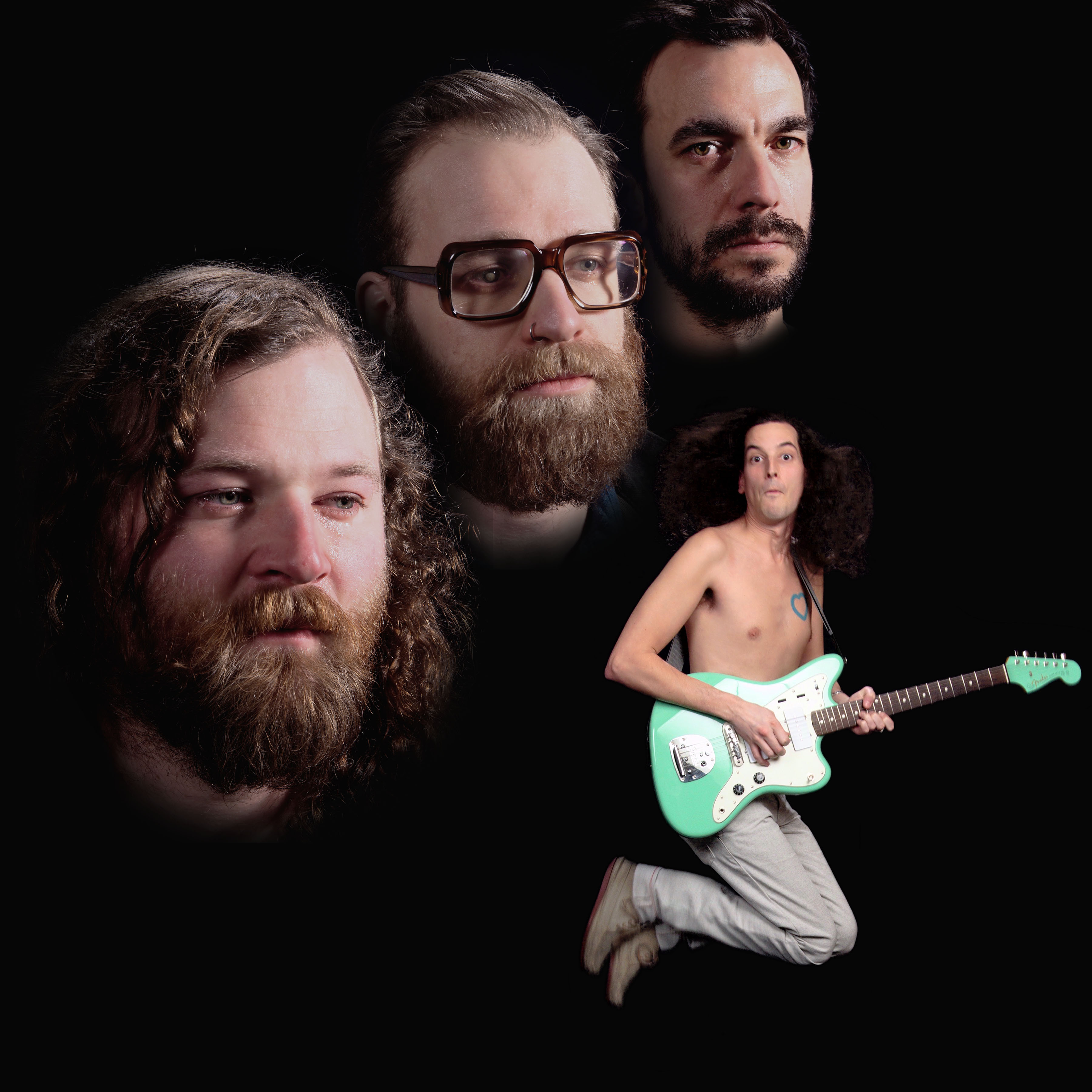