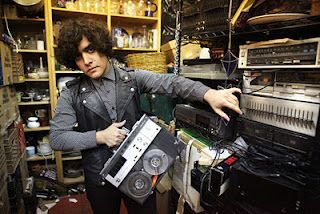 Following the release of his critically-acclaimed sophomore album ‘Era Extrana’, Neon Indian will be taking the album on the road in the UK this month!

You can watch the video of ‘Polish Girl’ here:

Kicking off in Brighton on November 15th, Alan Palomo will be bringing his ultra-impressive live set-up to London, Birmingham, Manchester and Bristol after a string of US dates. As the performance on ‘Late Night with Jimmy Fallon’ shows, this tour promises to present much more than just a man with a laptop. Palomo will be accompanied by a live band to create the album’s futuristic soundscapes with shimmering lighting effects that will no doubt bring the digital, synthesised glory of ‘Era Extrana’ to life.

Neon Indian will be playing the following UK dates: