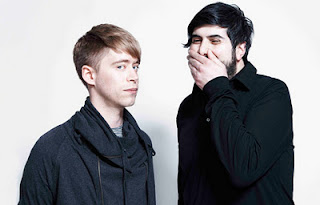 Germany’s electronic duo Digitalism is bringing their live show back to North America this week, kicking off a full tour sponsored by Jägermeister. The band has also announced the Circles EP, which will see a release on December 6th via V2/Cooperative Music/Downtown. The band premiered the Dillon Francis remix of “Circles” today via RCRD LBL, head over to their site to download the track for free!

The band released their sophomore album, I Love You, Dude, this past summer, and hit the road with the HARD Festival Summer Tour in support. The album features 10 tracks, each of which has their own vibrant identity. With amazing tracks like “Forrest Gump,” co-written with Strokes frontman Julian Casablancas, “Circles,” with its Who-ish keyboard and apparently existential lyrics and standout lead single “2 Hearts.”