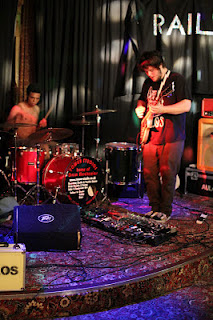 To celebrate the release of Aulos’ sold out debut EP, in association with Circuit Sweet, one year on Aulos and ourselves have released the new single Great White Buffalo. As of 15th November – a track which has grown with the duo throughout the incredible journey during the past 12 months- you can download the single digitally.

For one day only and the next 24hours to mark the release on 15/11/11 Aulos’ debut  EP IC will be available for FREE DOWNLOAD, streaming below get your copy now limited to just 500. Also anyone who has had the GWB poster as their display picture for the week leading up to the release will receive the single for FREE as a thank you for their support. 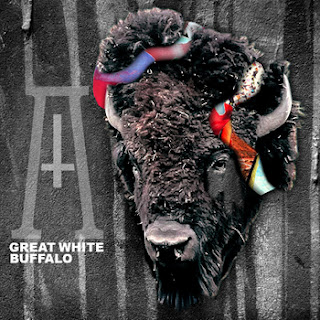 In a brief talk regarding the new single-Aulos’ Oli explains the grounds behind this single release; how it came together and the significance it possess’-
“Great White Buffalo was the first track I got to put down with Josh behind the kit. We had just made the best of a bad situation and I was in the process of rewriting a live set around our new lineup. The track came out of getting used to working together which happened way faster then I think we both could have hoped for.
It initially came together around last December and we put down the tracking on Christmas Eve 2010 but haven’t got around to getting it all wrapped up until now.
This song comes and goes from our live set. It fit’s somewhere nicely between our new tracks and mellows out the show after a heavy section. This track has seen many different versions and many different mixes. Also a lot of different instruments and synths have been added and removed.
I am happy with where it ended up but live it is a completely different sound – which I think is very important for song development, especially in an instrumental band. I am glad this single got put out.
I have never released just one track before and it’s a good learning curve. Best of all though, it signifies the return of my band when I was ready to sell up and now we are back on the road again!” – Oli Montez

Hereford/Bristol based 2-piece instrumental progressive electronic band Aulos have certainly made a name for themselves in the past 12 months.

Using a range of electronics, guitars, drums and a game boy, Aulos attack each audience with a composed aggression and a powerfully layered wall of sound. Live; each show is a new experience. The band cross through so many genres, no matter what style of music you are into, you will find it in the live shows.

In the past few months the band have played various shows including a notable Radio 1 Introducing performance, their track was also included in an Etnies Footwear BMX Viral and the band have received several endorsements.

EP IC was released on the 15th of November 2010 , A fully independent DIY release in association with Circuit Sweet. After gaining critical acclaim their debut record has since sold out.

Since the release, the duo consisting of Oli Montez and Josh Lamdin have had an intense live schedule with dates across the county including multiple festival appearances. Aulos have shares stages/toured with recognized names such as Maybeshewill, Castrovalva, Zebedy Rays, Mishkin, Alright the Captain and Cheap Jazz to name a few. 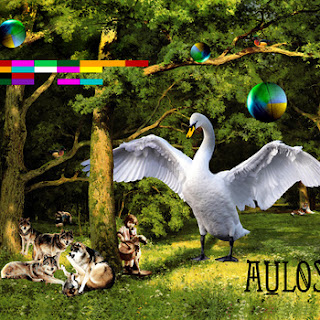 For 24hours only and limited to only 500 downloads, get your copy of EP IC for free via bandcamp below, as a special treat this download contains Bonus live video of Wolfcastle+ free with digital download.-100% DIY Release. Recorded by Jonn Marsh @ Shed Studios 2010.-