November 5, 2011
Regularly featured band And So I Watch You From Afar album Gangs which is already streaming here. Is set to be released stateside this month. Originally released May 2nd here in the UK and Ireland via Richter Collective, “Gangs” is now set for release via Sargent House. 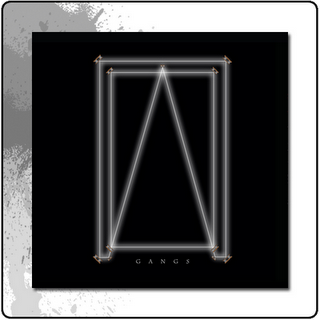 And So I Watch You From Afar – BEAUTIFULUNIVERSEMASTERCHAMPION by INgroovesmarketing

Known for their unrelenting tours that has seen them play over 300 shows since the start of 2009, Belfast, Ireland’s And So I Watch You From Afar (ASIWYFA to their fans) don’t know how to take a break. From appearances at SXSW, Eurosonic, Electric Picnic, Novarock, Canadian Music Fest, Popkomm, Pukkelpop, Sonisphere, to tour dates in Europe, North America, Russia and a support slot for rock supergroup Them Crooked Vultures, the instrumental band has been on the road playing music non-stop since the release of their fan-stirring debut self-titled album.
In between, the band was nominated for Ireland’s coveted Choice Music Prize for Album Of The Year and XFM’s New Music Album Of The Year, released The Letters EP in February 2010 and a stop-gap tour single ‘Straight Through The Sun’ in November 2010.
“Gangs” is the band’s most cohesive record, a 44 minute, eight song unyielding document of the band’s last two years playing together told through ironclad guitar riffs and colossal yet increasingly subtle rhythms. “We had a far broader experience of things,” says Rory. “We really wanted to try and get it on the record, which sounds weird because we’re an instrumental band, but there are songs on there that we specifically wrote to try and capture the vibe of new and meaningful things that we’ve all experienced.”
“In the same vein, everything we’ve done, places we’ve played all, people we’ve met, all circulate around these pockets of people, pockets of scenes and pockets of culture. These gangs of people who emanate from everywhere. It’s that DIY / The Clash / Black Flag sort of thing that our band is like a gang sometimes.”
Gangs will be available in North America on LP, CD and Download via Sargent House / Richter Collective on November 8th, 2011.
Track List
1 BEAUTIFULUNIVERSEMASTERCHAMPION
2 Gang (starting never stopping)
3 Search:Party:Animal
4 7 Billion People all Alive at Once
5 Think:Breathe:Destroy
Homes
6 Ghost Parlor KA -6 to…
7 …Samara to Belfast
8 Lifeproof
Get More:
https://www.facebook.com/andsoiwatchyoufromafar
http://www.myspace.com/andsoiwatchyoufro…
http://www.ilike.com/andsoiwatchyoufromafar