We Are The City- Mourning Song/ Morning Song [Single Special] 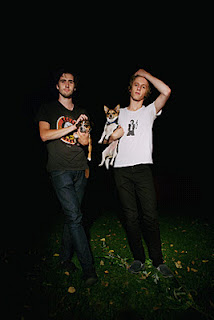 This year we’ve introduced you to an incredible band- We Are The City. Since their introducing feature which you can see here, the band have gone on to be regularly featured on Circuit Sweet.
We Are The City are a Canadian duo formed in 2008. The band prides itself on its atmospheric progressive rich pop sound they compose. With each year of the band their success respectfully reached out. In January of last year the band earned $150 000 by winning the PEAK performance project, a Vancouver radio station hosted battle of the bands.
The band consist of Cayne McKenzie- Vocals/keyboard. Andrew Huculiak- drums and for their new release additional guitar by David Menzel.. In March of this year the band released their 6 track EP entitled High School. A result from an experiment that began as a side project during some down time in the summer of last year.
Following that just last month the band released their newest effort found in single Mourning Song / Morning Song. The release Mourning Song / Morning Song, which is a two song, two-sided 7″ vinyl. A juxtaposition of the most beautiful alongside the most tragic. Life and death. The most beautiful thing: a waterfall and the pool below they found in the mountains of the Okanagan long before it was tarnished by spray paint and litter left by less-than-respectful visitors, now reserved only to memory. The most tragic: coming to terms with a friend’s death just after their graduation, and the dreams that followed.

With the completion of High School EP & Morning/ Mourning Song 7”, the band members now have their sights set on a sophomore LP. While it remains to be seen in which direction they will steer their music, one thing is certain: We Are The City will continue their attempt to push musical boundaries and hopefully stumble across something not yet heard in the process. 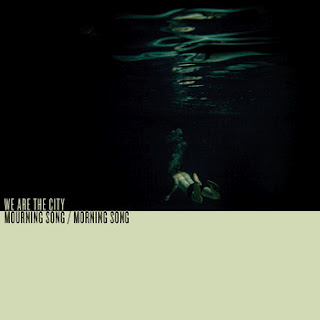 ^ with Said The Whale