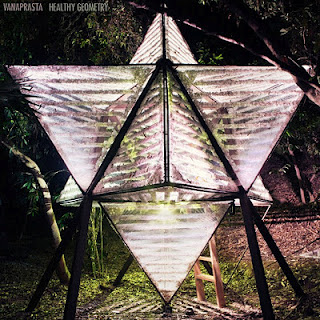 Silverlake’s psychedelic indie rock outfit Vanaprasta are thrilled to announce the release of Nine Equals Nine via Baeble Music, the atmospheric first track off of their debut full length record Healthy Geometry out 11.01.11.  Produced and mixed by Dave Shiffman (The Mars Volta, The Dears, Dead Meadow and more) and mastered by Howie Weinberg (The White Stripes, Spoon, Soundgadren and more), the band was able to harness their arena sized sound, the result of which is a body of work that captures the mysticism and energy of their live show.

The band – Steven Wilkin (vocals), Taylor Brown (bass), Ben Smiley (drums) and guitarists Collin Desha and Cameron Dmytryk – are five technicians from very different backgrounds with equally divergent tastes that came together in the melting pot of the LA indie rock scene in 2008. Over the past three years, Vanaprasta have released an EP (2008), a 7inch (2010) and have created a live show that has grown in energy, the shear magnitude of which has induced literal and figurative whiplash on music fans throughout Los Angeles and the West Coast.
In the past year, Vanaprasta was named one of the top 25 bands to watch at SXSW by Consequence of Sound, and they were the inaugural artist in residence for LA’s 98.7FM. The sultry “G -“ (also off Healthy Geometry) premiered on Morning Becomes Eclectic by KCRW DJ Liza Richardson, and their track “Supernumerary” reached the #1 spot on the downloads chart on Pure Volume, putting Vanaprasta into the top five on the band chart.  They have shared the stage with acts such as: Yuck, Unknown Mortal Orchestra, Linda Perry’s Deep Dark Robot, Young the Giant and Free Energy. They have been called “the southern tinged Mars Volta” (Addicted to Shows), “a psychedelic cousin of Kings of Leon” (Consequence of Sound), and have been compared to the Killers and a “more rocking Jeff Buckley” (Dyson Sound). OnHealthy Geometry, Vanaprasta have culled all of their influences, ranging from Modest Mouse to Pink Floyd, into a sound that can only be described as their own.
“Sometimes the heavens part and you are witness to rock immortality . . . Steven Wilkin’s vocals are going to knock you sideways . . . Come bring your friends. You can say you knew them when.” – LA WEEKLY
“LA’s Vanaprasta may have shown The Roxy audience what the future of rock could look and sound like when equipped with guitar precision, intelligent rhythm shifts, youth and pure talent.” – OWL Magazine