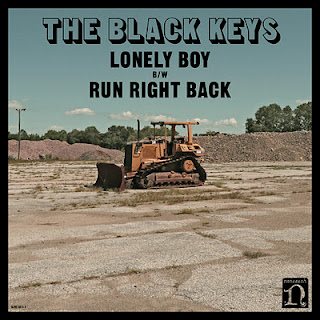 Just two weeks ago we were one of the first to announce the new album from The Black Keys which you can re-read about here.
To commemorate the second annual “Back to Black” Record Store Day event that will take place on Nov. 25, The Black Keys will release an exclusive 12-inch of “Lonely Boy,” the first single from the blues-rock duo’s forthcoming album El Camino, out Dec. 6.
The limited-edition single will be available at participating record stores across the country and will feature “Lonely Boy” along with B-side “Run Right Back,” which will also be included on El Camino.
In September the band released Tour Details.
The Black Keys will launch a headline tour of Europe and the UK in January & February 2012, including dates in Belgium, France, Germany, Italy, Switzerland, Holland and the UK.