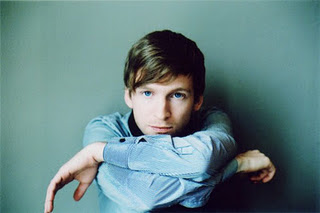 Yesterday we introduced you to Ólafur Arnald’s “Living Room Songs.” Ólafur Arnalds creates and releases a new song, one per day for one whole week. The songs will be recorded and filmed live in the living room of his Reykjavík apartment and released instantly for FREE as streamed videos and MP3 downloads.
Following in the spirit of Ólafur Arnalds’ critically acclaimed ‘Found Songs’ (2009) where he wrote, recorded and released a free song every day for a week – now comes ‘Living Room Songs’. This time Ólafur takes the idea further and invites the audience into the comfort of his living room, where the songs will be recorded live and the whole process filmed. The songs will instantly be released in form of free MP3 downloads and videos to stream – straight from Ólafur’s Reykjavík apartment.
‘Living Room Songs’ will also receive a physical release (CD/Vinyl/High Quality Digital Version as well as Special Edition CD & DVD) before the year is out. You can already pre-order it from the Erased Tapes online store.
Day 1, 2 and 3 are all streaming here alongside a free download.
Day 4: Tomorrow’s Song
FREE MP3 at http://livingroomsongs.olafurarnalds.com
The fourth song of Ólafur Arnald’s “Living Room Songs”.
Those who attended one of the Berlin dates of Ólafur’s improvisational solo-tour may recognize this theme. It is built around an idea that was improvised live in Berlin, polished a little bit and now recorded.
Written, Recorded, mixed and mastered by Ólafur Arnalds
Shot and edited by Gunnar Guðbjörnsson and Bowen Staines
Thanks to Tayfun Şahvelet for suggesting the title
The rest of the installments will be featured here shortly.
Get More:
http://www.olafurarnalds.com