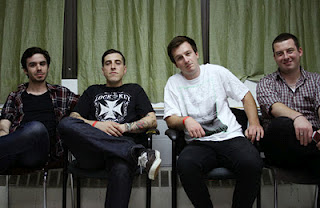 After releasing one of this year’s most highly touted punk albums, MAKE DO AND MEND have decided to tone down their driving and blistering post-hardcore sound on the new acoustic EP ‘Part And Parcel’. Set for release on 12” vinyl and digitally on November 21st via ‘Pink Mist’ – a new collective from Holy Roar, Big Scary Monsters, Tangled Talk & Blood And Biscuits.

The EP will be available for pre-order from Monday at Pink Mist and includes exclusive bundle packages and varying vinyl colors and packaging.

The Pink Mist webstore includes both yellow with black haze (strictly limited) and a transparent blue with white haze version.
The band’s merch webstore contains an exclusive clear honey color record, and offers a preorder bundle of the vinyl, a t-shirt and a poster.

Boasting three acoustic versions of songs from their breakthrough debut full-length End Measured Mile (2010, Paper + Plastick/ Holy Roar), as well as a cover by friends, Touche Amore and two brand new songs, Part And Parcel has been on the band’s mind for quite some time. “It’s something we’ve talked about doing for a while,” admits vocalist/guitarist James Carroll. “We wanted to explore the versatility of our songs and also explore our boundaries as songwriters.”

Not only has the band been hard at work on the new EP, but Make Do And Mend have been working on a new music video for the single “Transparent Seas” that will be revealed shortly. 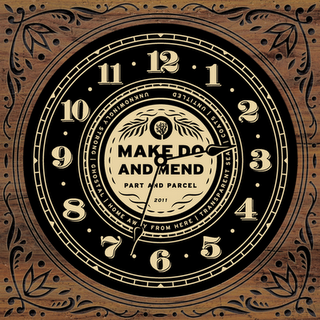