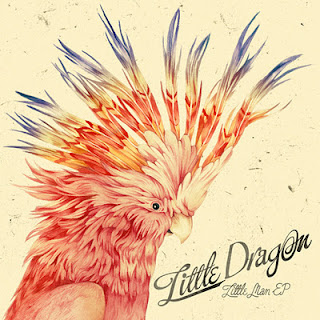 Little Dragon release the single ‘Little Man’ in October through Peacefrog, the second single to be taken from their highly acclaimed third album, ‘Ritual Union’ (out now).

After a mesmerizing set in Ibiza for Radio 1’s twelve hour dance party, where they performed an incredible version of Crystal Waters’ ’91 club classic ‘Gypsy Woman (La Da Dee)’ – check it out here – a full UK tour has been announced, calling at London’s Shepherds Bush Empire on 4 December 2011.

Having received over 350,000 downloads and being played all over the airwaves with their first single ‘Ritual Union’ (playlisted on Radio 1, 6 Music, and XFM) ‘Little Man’ is set to continue Little Dragon’s unstoppable rise to stardom. The bouncy, synth-led album opener is an infectious yet intimate slice of electronic soul, deftly straddling danceable beats with their trademark late night charm.

Little Dragon also released a bonus remix EP last month. The 12” vinyl and digital download comes with an acapella version of Ritual Union and two remixes, a super smooth offering from the on-the-rise German producer Tensnake (check it out here) and the other comes from acclaimed house producer Maya Jane Cole.

Odd Future’s Syd The Kyd also remixed the track ‘Seconds’ which you can download for free at little dragon.

While their recordings are always impressive, it is in the live setting where Little Dragon really come alive. Seemingly loose and improvisational but actually tight as nails with Erik Bodin (drums), Hakan Wirenstrand (keys) and Fredrik Wallin (bass, keys) blending seamlessly with programmed drum loops and Nagano’s dynamic vocals.