Harrisburg, Pennsylvania artist and activist Koji has announced two live performances at this month’s CMJ Music Festival in New York City. Koji’s two sets will offer fans the ability to see two very different sides of his music, one being a solo acoustic performance, and one a rare full band performance.

Koji performs a solo acoustic set in a very intimate setting. Get there early, this room is tiny and will sell out!

Koji performs a full band set for the first time since his 2010 holiday tour, and celebrates with his amazing labelmates! 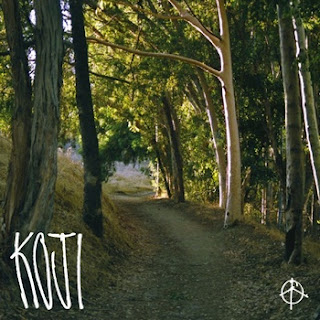 In addition, a brand new single, entitled “Hemlock”, has been released on Koji’s new Bandcamp page (http://kojisaysaloha.bandcamp.com). The new single, along with Koji’s past discography, has been made available for “pay what you want”. This includes his two Run For Cover Records EPs, Some Small Way and Spring Song: Volume One, and his contributions to two splits on No Sleep Records, IIOI/KOJI (with Into It. Over It.) and Never Come Undone (with La Dispute).

Koji speaks to the power of a “pay what you want” philosophy regarding digital music: “The songs should stay alive no matter what’s in or out of print. People have been so supportive to myself and the community I work with, so it’s awesome to have an opportunity to create more inroads for new folks to experience my music.”

Very limited quantities of physical copies of Koji’s entire discography are available at the Colormake webstore (http://colormake.bigcartel.com). Alongside the records, just released are pre-orders for 2 new T-shirt designs.

Koji’s full tour routing is listed below, including his CMJ dates, appearance at the Fest 10 in Gainesville, and more! Two big announcements regarding December tour dates are coming in the next week!

For more tour details and to RSVP: