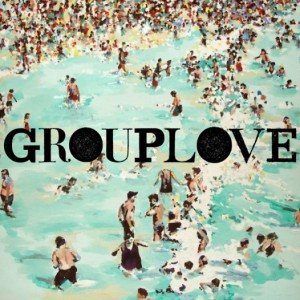 GROUPLOVE rapidly gained copious amounts of acknowledgement, appreciation and critical acclaim when that indie/alternative quintet released their S/T EP in 2010. Having exploded onto the scene last year they gained a large following; which has yet to stop. Both NME and Nylon magazine praised the band and their release, earning themselves a place in the top 10 best new bands of 2010. Spin magazine went on to describe the band as a band to watch of 2011.
If you haven’t heard of this band yet, introduce yourselves to their single “Colours”. For this is the release which gained them all this respectful reception from iconic media moguls. Described as one of the most infectious tracks you will hear. In keeping with such reviews, Group Love are now back releasing a new single titled “Itchin on a Photograph”. Proving they are not a one hit wonder and dignifying last year’s praise into their continuous work ethic.
The 5 piece hail from Brooklyn/Los Angeles and consist of Christian Zucconi- Vocals, Guitar. Hannah Hooper- Keyboards, Vocals. Sean Gadd- Bass, Vocals. Andrew Wessen- Guitar, vocals and Ryan Rabin on drums. Together within their new single they offer you a pure pop song. Catchy rock and contemporary indie roots fuse together for an upbeat contagious composition bursting at its energetic seams.
The track starts with every member progressing a unison of claps. Such an inexpensive yet effective sound opens this track into what can only be described as a simple song. It drives on a simple beat with simple riffs but this isn’t a criticism for the band; as the simplicity within their orchestrations is what can be used as an outline to then fill with sticky hooks, soaring vocals and fun musicianship.
The band provide a natural record, basic instrumentations’ carry this track unlike pop songs around now which are built up on large electronic layers of sound. GROUPLOVE have kept an innocent feel, keeping their song structure minimal. The track and the band can easily pride itself on the incredible vocals that Zucconi supplies. Raw yet sharp harmonious vocals present throughout which are lifted by backing vocals supplied by the rest of GROUPLOVE.
Overall this track is energetic, sweet and worth a listen. It’s leagues better than chart pop songs, its catchy but won’t grow tiresome.
A talent that this band can supply.
Their debut album  Never Trust a Happy Song is out now via Canvas Back/ Atlantic Records.
Review also featured over at Altsounds- http://hangout.altsounds.com/reviews/132247-grouplove-itchin-a-photograph-single.html
Get More:
http://www.grouplovemusic.com
http://www.myspace.com/groupmusic
http://www.twitter.com/grouplove

We Are The City- Mourning Song/ Morning Song [Single Special]