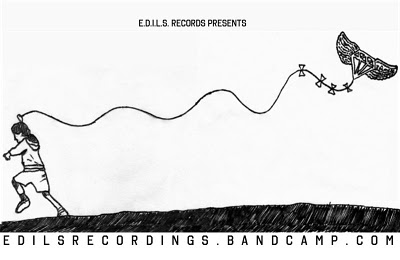 Discovering a label with a sincere passion is a blessing. With an outstanding rise in DIY labels, you find yourself drowning in all these names putting out multiple releases with a stream of act names. However a label name which immediately stands out for all the right reasons is EDiLS Recordings. A DIY label who  are directing their passion and love for music and bands’ to supporting them by providing a home to releases with the purpose of it being FOR the band. Getting them heard.

The Liverpool based self determined duo behind EDiLS Recordings have the sole intention to release awesome music in awesome packaging!
Created by James Dyke and one half of Go Heeled Philip Rourke; although only established in January of this year the pair and their label have proved within their movement why they are a stand out name. With a collection of releases and achievements within their goal of providing awesome music – the two have been working together for over 10 years uniting their music scene and bringing this to their new direction . Two individuals that have created a community between themselves, their acts, their releases and their listeners. James and Philip have proved its working hard that has got them to doing what they love and doing it right. Their passion and concentration in their efforts is inspirational.

And its for their inspirational work ethic we feature and will continue to support and feature their releases and their artists .A name that Circuit Sweet will mention regularly as we grow to spotlight this label and their involvements.

Their achievements and hard work exposing talent can be found in their previous releases such as their first split release which featured three tracks from each band promoted on the record. These included exclusive tracks from Italian post punk band Cut, UK’s indie rock Go Heeled and America’s own garage rawk from The Lions Rampant.
The success of this split has led to the release of their second split. The second in the series but the 4th release from EDiLS was released September 22nd has since gained positive response. 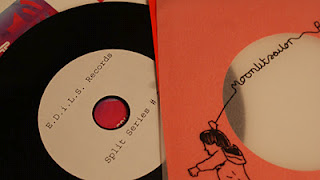 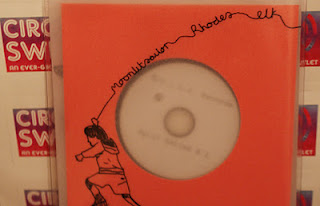 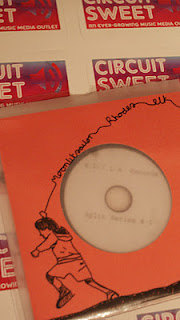 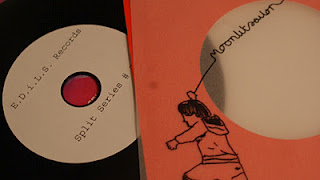 The split features Swedish Post Rock band Moonlit Sailor who provide an exclusive track that reinstates their awe-inspiring abilities. The band have three albums release through Deep Elm Records and are currently touring Europe following an astonishing tour in China. The four piece instrumental band are going from strength to strength.

Moonlit Sailor opens the split with an innocent progression. A post rock instrumental track that’s instantly cherish-able. The orchestration within this effort is so sincere, as the efforts flood with emotion. Bors based Swedish quartet consists of Adam Trnblad, Joakim Wiik, Oscar Gulbrandsen and Markus Rundulf. Together their abilities in Stranded Tension define their genre.

The track beings with resonating notes built up with shimmering riffs before all forces unite, escalating into sweeping drums then gradually and remaining harmonious the four build their track to a heightened crescendo. An attentive yet reflective composition.
True post rock obtaining simplistic beauty.

Brand new exclusive tracks from Liverpool based band Rhodes are also featured on the release. Their compositions feature Kinsella esque twinkle tracks. The 5 piece have just finished a UK tour this September.

Rhodes provides two tracks to the split. Merseyside’s 5 piece is made up of Michael S. Davies, Michael Connor, Aaron Noroozi, Jonathan Papavasiliou and Alan Croft. The second track on the split and the first single from Rhodes is a new exclusive track I’ve been Living like a demented god a name any Bored to death fan will recognise.
The instrumental single starts with a subliminal warmth and projects that ambiance with accompanied drum taps. This then intertwined with the upbeat lustrous riff. Powerful chords break that shimmering riff and digress the track into deeper directions. Consistent beats broke with the use of a quick kit shuffle utilize the track’s structure. The sound becomes larger with  layered notes on top of the looped riffs. I’ve been living like a demented god  breaks down and leaves the track vulnerable before harmonious notes scale rapidly between the scratchy sounding guitars bringing a sense of enlightenment to the atmosphere.  A track which offers variety and intelligence.

All I Keep Seeing Are Flamingos is the final instalment from the band; a deeper ensemble for the longer emotive single on the split. Beginning with raucous riffs and stop start break downs. Filled with entwining hooks and rebounding low beats, mellow vocals progress the track to a reappearance of bolting break downs, crashing cymbals and dirty chords. A darker impression oscillates through the vocal range, lyrics and tone.

The last featured band on the release is that of Grimsby’s Elk. Who provide more than Indie in their heartfelt danceable and genuine tracks.
Elk are a trio consisting of Thomas, Ritchie and Glenn. Described  by Rough Trade Records as “An english three-piece who play underground pop music that attempts to occupy the precise mid-point between helmet and belle and sebastian. How this manifests itself sounds surprisingly pretty and complex, at the same time. The vocals (and there are three singers) interweave and criss-cross, resplendent with melody over a jittering backing that belies a love of 90s intelligent rock and maybe the jade tree label. Bands like owls and their ilk come to mind, but while the math-emo
Reading Habits is Simply an addictive track. A track which holds a repetitive riff combined with an on going disco beat and ravishing drum fills; which when accompanied by the concerted vocals joined in melodic unison during the chorus will captivate. Amicable “ooohs” consumes the single before focused  instrumentation forces a soft finale.
First Love completes the split with its canorous deliverance. A mellow composition and transition for the finale. A delicate orchestration accompanied with lullaby-like vocals is abruptly combined with severe shred and boisterous beats before settling down once more into its beautiful soft direction.  A gentle fade out on this impressive collection.

This Split offers diversity, a basic home to three different talents. Yet comfortably joined in this release.

ORDER THE CD here for £5 UK (including P&P)/ £6 ROW
edilsrecordings.bigcartel.com

Pre- Sale will get you a FREE download of the Split Series #1, A Moonlit Sailor poster AND you will receive the CD before the official release date (22nd Sept)