Absalom Absalom- We Grow Together [Album Preorder and Single Stream] 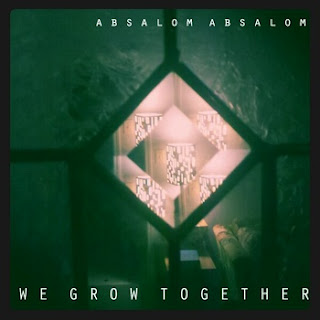 We’ve previously introduced you to the captivating sounds of Absalom Absalom, the 5 piece hailing from Wilmore KY.

See their introducing feature and listen to their 2010 4 Track EP here.
After speaking to one of the musicians making up the outfit, Andrew, he announced a new single was on the way. We then featured that single Thunder Claps which you can find again streaming below.
The single is taken from their new album We Grow Together. In August the band took to Greyskull Studios to record that album .
We’re making these puppies real nice and snazzy. Full color printing inside and & out. But being poor musicians with school & rent, we need about 15 pre-orders to release this shindiggy of an album. LETS DO THIS.
Price includes shipping within the US/CAN. Over the pond, we might need to negotiate…
Pre-orders will include some exclusive special bonus goodies(quite possibly handmade by us).

Pre-order includes immediate download of 2 tracks in your choice of MP3 320, FLAC, or other formats. A link to the complete album will be emailed to you the moment it’s released.
Streaming below are Tokanaari and Thunder Claps. Pre-order their new release to let them make this happen.