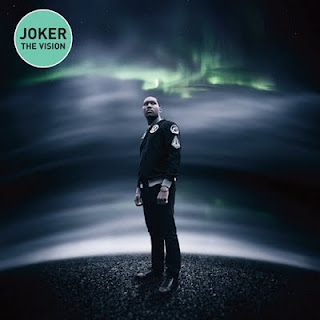 JOKER DEBUT ALBUM DETAILS ANNOUNCED & NEW VIDEO FOR ‘BACK IN THE DAYS’ ONLINE NOW
Debut album, The Vision, being released on October 31st.
Joker has just premiered the video for brand new track, ‘Back In The Days’, through his own YouTube channel. A collaborative effort, it features the vocal talents of a host of Bristol MCs with Joker calling in Buggsy, Shadz, Scarz and Double (KHK-SP) to make a track that stands up as a calling card for the tight-knit scene they are thick in the middle of. With it’s focus on each individual MCs contribution, the video provides a homage to old school hip hop videos that showcases the array of raw talent effortlessly married together by Joker’s grime-inflected production. You can watch the video here.
The video appears ahead of the release of his anticipated debut album, The Vision, out on Kapsize /4AD on October 31st. The album tracklisting has also just been revealed and fans will be pleased to know that recent singles, the massive instrumental ‘Tron’ and the Jessie Ware vocaled ‘The Vision (Let Me Breathe)’, are both included.
Next Monday sees the release of the double A side ‘Here Come The Lights’ and ‘My Trance Girl’ on a limited, coloured 12”. Both tracks can be heard here and here.
Joker is heading to Australia and Japan next week for a large tour and will be back in the UK to tour around release. All forthcoming tour dates can be found here.
JOKER ‘THE VISION’
CD – CAD 3131CD / Double LP – CAD 3131 / DL – EAD 3131A
1. Intro
2. Here Come The Lights [featuring Silas (Turboweekend)]
3. Tron
4. The Vision (Let Me Breathe) [featuring Jessie Ware]
5. Milky Way
6. Level 6 (Interlude)
7. My Trance Girl
8. Lost [featuring Buggsy & Otis Brown]
9. On My Mind [featuring William Cartwright]
10 Back In The Days [featuring Buggsy, Shadz, Scarz & Double (KHK-SP)]
11. Electric Sea [featuring Jay Wilcox]
12. The Magic Causeway [Joker & Ginz Outro]
WEBLINKS
www.jokerofficial.com
www.facebook.com/jokerofficialpage
www.twitter.com/joker
4AD-
http://4ad.com

Into It Over It- Write It Right [Single Stream]