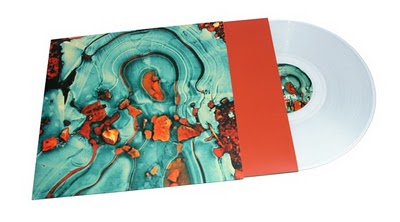 The 4AD Sessions have been documenting live performances from artists on the label’s roster since its inception back in 2008. Housed at www.4ad.com/sessions, the site has since become a much bookmarked site among discerning music fans, allowing the label an in-house alternative to present their bands in both a unique and compelling way.

The series began with Deerhunter’s audio-only session at Studio Plateaux on Platts Eyot Island in West London, originally inspired by the Peel Sessions archive and a desire to replicate the live experience in a creative manner. Since then, the 4AD Sessions have grown in both scale and ambition, filmed in locations ranging from a New York studio to a club in Copenhagen to a purposefully constructed ‘infinity room’ in the heart of rural England, highlighting the talent that now defines the label at their very best.
To celebrate the first ten sessions to air, a track from each of the sessions to date has been carefully selected to create the compilation, 4AD Sessions 2008-2011. Working with long-term visual collaborators, v23, to help turn it in to an artefact, only 1,000 copies have been pressed up on clear vinyl and once out of stock, it won’t receive a repress.

Destined to also become a very collectable record, it’s being distributed worldwide to all the artists involved, through competitions, to a handful of shops – including the new online 4AD store – and to friends of the label.

A digital version is now available to download for a limited period from the new look www.4AD.com.

By downloading, you will automatically be entered in to a competition to win one of 50 copies of the LP.

4AD have also teamed up with VEVO to provide a channel containing nine of the best videos from the series – watch them here (also compatible with iPad).