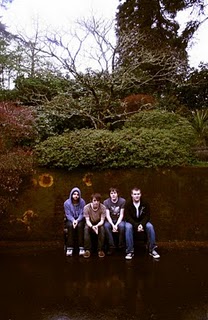 Last year we introduced you to a regularly featured musician Chris Scott. His endevours were duely noted and we’ve since kept you in the loop with all things regarding both Bearcubbin’ and The Jezebel Spirit. We’ve streamed back catalogues of both acts and just a few weeks ago we bought the news of Bearcubbin’s return.

Today’s post is another feature for The Jezebel Spirit. Unfortunately, due to their disbandment, this is their last. We gave you the news last year that the band had plans to release a full length; after the decision to disband, The Jezebel Spirit have a rightful send off within the latest and their last release. Respectfully we credit this band and stream their 2 new releases.
The Jezebel Spirit are a mathy post-rock instrumental band based out of Portland, Oregon.
The band consists of Phil Cleary (Drums and Piano), Pat Dougherty (Bass), Jon Scheid (Guitars and Keyboards), and Chris Scott (Guitars and Keyboards).
After going through several singers and names, the band (with Jon’s strong influence of Instrumental rock taste) finalized the line up without a singer and became The Jezebel Spirit that records and performs today.
The first effort was the “Turtles All the Way Down EP” that represents a fully encompassed listening experience from start to finish. A small experiment with the “Untitled EP” led to a week long studio stay to create the full length “Remember…Always Obey, You’ll Live Longer that way”.  Following this their 2 August releases. The first found in a collection of live, studio and practice space demo tracks with their vocalist at the time- titled “Live and Rarities”. The second August release is a 7track album titled “I Hate it Here”. Produced by the band itself, this is their Farewell EP.
With collective influences such as The Cancer Conspiracy, Maserati, Grails, Tortoise, The Appleseed Cast, Lite and Giraffes? Giraffes! to name just a few- all of which have shaped The Jezebel Spirit’s sound. 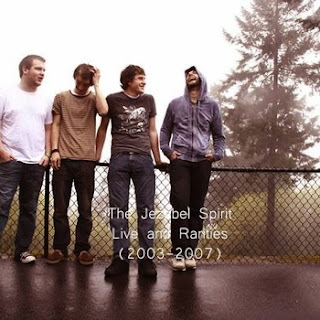 This is a collection of live, studio, and practice space demo tracks that were created through 2003 to 2007 before the release of our first EP “Turtles All the Way Down”. Some of the pieces have vocals care of Kyle Parisi (Our singer before we decided to be an instrumental band) and shows our growth from a band trying to emulate our heros of Circa Survive, Kaddisfly, Facing New York, Explosions in the Sky, and Cancer Conspiracy, The Dillinger Escape Plan, By the End of Tonight, and Tera Melos to being a band capable of creating original music all our own.
Live and Rarities is streaming below and available as a free download or name your price.
Featuring Kyle- Vocals. Jon-Guitars. Phil- Drums, Piano, Keys. Pat- Bass. Chris- Guitars, Backing Vocals, Keys and Remastering.
In their time together, they’ve grown, learnt and created.
The Jezebel Spirit are a band to learn from and one to inspire you.
They’ve had 5 releases, their latest 2 of which we have featured here- they’ve shared stages with iconic acts such as Maserati, Tera Melos and By The End Of Tonight.


I Hate It Here 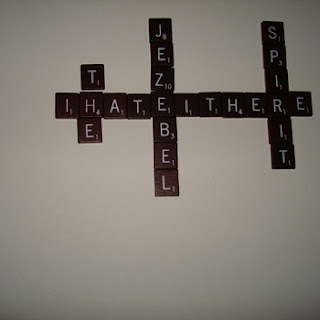 This is the last album produced by the band The Jezebel Spirit. After a decision to disband, we decided to record all the new material we had written for a farewell LP. This album is a chronological catalog of the final songs we wrote and played live from 2010 to 2011.

Streaming below and available to download now for free or name your price.

In their first feature back in 2010 Circuit Sweet quoted “You know when you meet a person or hear/see a band for the first time that really knocks you back due to their honest passion for what they’re doing, to me this band is part of this feeling.”- and to this day it still stands.

Together or not this band have made a long lasting beneficial legacy to their achievements. Clear to see in their history and standing out in their compositions. Whilst The Jezebel Spirit bids farewell one thing they won’t do is fade out or fade away.

Listen to all releases via their bandcamp here- http://thejezebelspirit.bandcamp.com/
More-
http://www.myspace.com/thejezebelspirit
Visit our interview here-
http://circuitsweet.blogspot.com/2010/09/jezebel-spirit-feature.html