August 3, 2011
In the last couple of months we have been providing you installments of LoOmis compositions taken from the the new EP Vellocet. Following the hype this month we provide you that said EP.
LoOmis an Experimental Lo Fi Mathy Indie Rock solo recording project hailing from New Orleans.
The sounds from just one man. Patrick Bailey, guitarist for New Orleans based instrumental band Smiley With A Knife. Previously featured A Solitary Attraction his 3rd full length album of which you can download here. 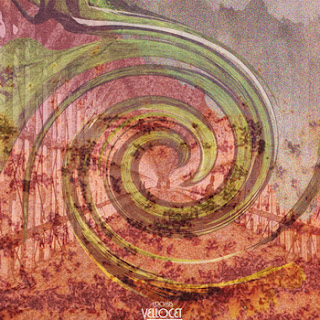 Vellocet
Release Date: 8/1/11
Label: Independent
01 – Vellocet (2:50)
02 – Slow Burner (3:22)
03 – Fugu (1:57)
04 – Talk Like Whales (3:52)
05 – War Elephants (2:24)
06 – Summer Drugs (2:55)
New Orleans’ native LoOmis, aka Patrick Bailey, returns with his 3rd release of the year, the EP ‘Vellocet’. Following the full length ‘A Solitary Attraction’and EP ‘A Dog & His Boy’, ‘Vellocet’ was crafted during the early summer months of 2011 in a friends bedroom while house sitting. Bailey continues with his lofi style of recording & writing most of the music on the spot while manipulating samples, creating loops and adding vocals with layers of math-rock influenced guitar work. On ‘Vellocet’, LoOmis replaces most of the odd time signatures of previous releases with hazy samples, touches of electronica and swirls of psychedelia. ‘Vellocet’ will be released digitally on August 1st 2011 for free or donation. LoOmis will be relocating to San Francisco during the release of ‘Vellocet’. There are 3 full lengths and 3 EP’s available on a “pay what you want” basis at LoOmis’ bandcamp page. All donations help out phenomenally.
Vellocet’ was recorded in the summer of 2011 at a friends house while house sitting. If you can donate a $1 or more it will really help as I move across the country. There are 3 full lengths & 2 more EP’s available on the right side of the page. Please share on twitter/facebook/blogs. I really appreciate it, thanks for listening .
LoOmis has also just released a video for track War Elephants which you can watch below.
Listen to War Elephants
Listen to Talk Like Whales
For more info visit loomismusic.com
loomismusic.com
facebook.com/LoOmismusic
twitter.com/LoOmismusic
soundcloud.com/loomis
vimeo.com/loomis