May 25, 2011
Throughout this month we’ve been promoting Zebedy Rays’ second UK tour of the year, stressing for you all to catch them live. 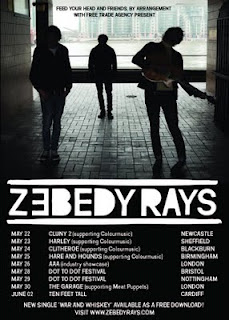 Worcestershire’s trio embarked on their intense travels at the end of last week which has so far seen them perform in Newcastle, Sheffield, Blackburn and tonight in Birmingham all of which supporting Oklahoma’s 4 piece Colourmusic.
Zebedy Rays are also playing the notorious Dot To Dot festival which takes place over 3 days in 3 different cities. They play the festival this weekend, following that the band are then set to play with the legendary Meat Puppets!
The alt rock legends from Phoenix, AZ – originally signed to hardcore label SST and who paved the way for Dinosaur Jr, Nirvana and the rest – play their trademark mix of punk, psychedelic rock and country at The Garage in London alongside support from our favourites. 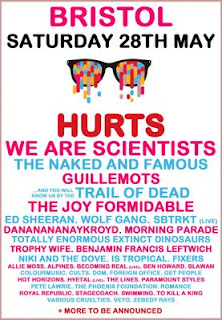 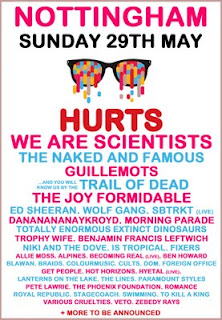 Circuit Sweet checked in with the band and briefly spoke to bassist Danny Meigh regarding the tour so far:
” We’ve had an amazing time so far! We URGE everyone to check out Colourmusic, it’s been an absolute privilege to support them. We’re really looking forward to playing Dot to Dot Festival, and we’re super excited about supporting the legendary Meat Puppets”
If you can catch them on their remaining live dates, do so. We wish their continuing success during their tour. Be sure to check out all featured bands in this post too. 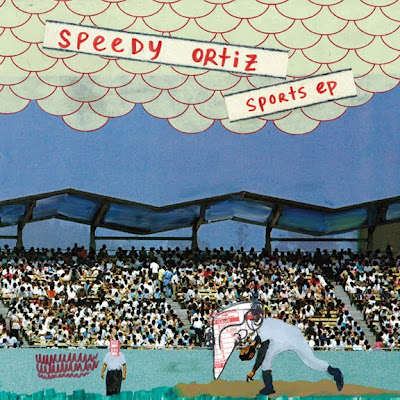