Introducing The Speed of Sound in Seawater 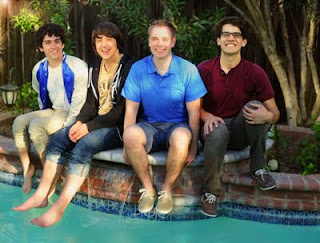 Introducing The Speed Of Sound In Seawater, A mouthful indeed but its worth it when you embrace their compositions.
Hailing from Elk Grove, a city in Sacramento County, California. TSOSIS consists of Damien Verrett- Guitar and Vocals, Fernando Oliva- Drums and Vocals, Jordan Seavers- Guitar, Vocals, Keys and Percussion and Michael Littlefield- Bass and Vocals.
Together they create a math pop melodic marvel. Seriously addictive beats, riffs and lyrics. Audacious drums assisted with a constant buoyant bass cadency. Entwining riffs and upbeat melodies provide their entire catalogue an easy listening vivacious voyage. 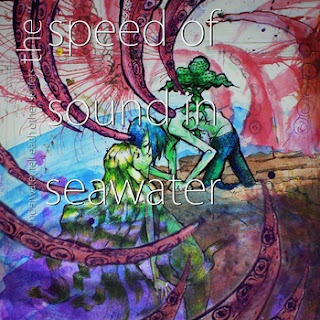 Featured below is their latest release found in their third EP “Underwater Tell Each Other Secrets”- The band stated “We are incredibly pleased with this batch of songs. We’ve worked really hard these past months writing and recording and we couldn’t be happier with the results. More than anything these songs represent the friendship of 4 ridiculous boys from the suburbs of Sacramento, California.”
The EP was recorded and mixed between March 11th and 13th at The Hangar in Sacramento, CA
Produced, Mixed and Engineered by Robert Cheek
Mastered by Eric Broyhill of Monsterlab Audio
Album art by Nick Ross
Released 27 April 2011
You can download this 5track EP for free or as a Name your price offer and help out the band. Listen and download via their bandcamp below.
Find out more on the four by following any of their sites:
http://thespeedofsoundinseawater.tumblr.com/
http://www.myspace.com/thespeedofsoundinseawater
http://thespeedofsoundinseawater.bandcamp.com/
https://www.facebook.com/pages/The-Speed-of-Sound-in-Seawater/114546954152