May 23, 2011
An experimental folk rock math pop band with a new EP guaranteed to blow you away. 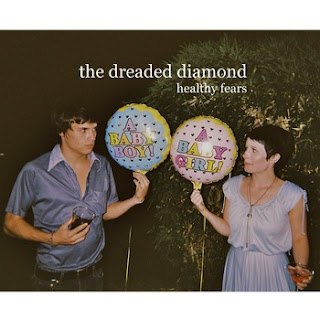 Another introducing band from Sacramento CA.
The Dreaded Diamond are a two piece band orginally formed in 2008 by siblings Juli Lydell and Tyler Lydell. A project founded from blending jazz, experimental influences, soul, rock and folk elements into precociously unpredictable math pop songs, all of which complimented with beautiful and powerful vocals.
Listen to their new 6 track EP “Healthy Fears” below streaming via their bandcamp.
Released 20 May 2011
Produced & Engineered by Ira Skinner at Alley Avenue.
Mastered by Joe Johnston at Pus Cavern.