Introducing It Was All A Bit Black and White 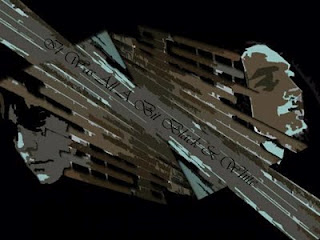 Introducing… It Was All A Bit Black And White.
We dig 2 pieces. Whats so incredible about certain 2 pieces? Those that can make the sounds of a band with double the amount of members.
Consisting of Mosey on Drums and Mattew on guitar providing the loops and synth; together they are a two piece post rock experimental instrumental outfit with great potential. Hailing from Galway Ireland they are currently situated in a surrounding thriving from clever, instrumental bands and notorious labels, most of which are regularly featured here.
By using loop stations, effects pedals, and synthesizers, rounded off by some hard hitting drums create a rich, textured atmospheric sound with some smooth bass lines.
We try to move away from more conventional ideas of what a rock band should sound like and let our music do all the talking.
With Influences such as Ireland’s The Red Neck Manifesto and Adebesi Shank as well as Mogwai, El Ten Eleven, Maybeshewill, Auto!Automatic!! and Signal Hill to name a few, its suprising we haven’t featured them sooner.
The band have a two track demo available as a free download via their soundcloud streaming below-
Latest tracks by itwasallabitblackandwhite
Like what you hear, get closer to the boys who can be found on either Facebook, Twitter or Myspace.