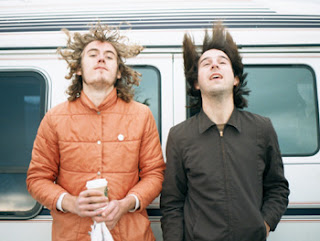 Yesterday the world acknowledged when two creative lifesmashing two pieces got their shit together and brought that noise talent back. Back to focusing on  the powers of guitarist Spencer Seim and drummer Zach Hill.
Hella have been working on a new album for some time and our first preview into that album has hit the web hard.
You can download their yet to be named track here from that forthcoming yet to be named 10 track album-
Hella – Untitled by CircuitSweet
Hella’s asking for fans to create a video to go with the song, this could be your chance to shine, once you do post it to youtube and/or the band’s Facebook page. The goal is to find “The Most Amazing, Insane, Awesome vids Poss”.
Challenge Accepted.
Look for the album set to be released at the end of July or first week in August via Sargent House.