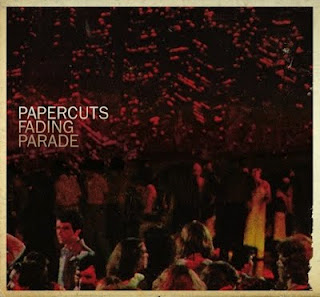 Following the third album release back in 2009 from San Francisco’s best kept modest musician/outfit Papercuts, and after such a powerful and critically acclaimed successful release found in full length “You can’t have what you want”, a 2 year follow up has seen the band sign to a phenomenal major label, the notorious Sub Pop Records. Sub Pop itself having recently taken on board more gentle records from the likes of Iron & Wine and The Shins. Papercuts have now returned with the most solid effort to be released to date. Proving the support behind them, and the few years spent maturing musically has been time and effort well allocated. An impressive shift in composition consistency has been delegated and in doing so their 4th release titled “Fading Parade” is the reinforced backbone to the bands abilities.

Papercuts is primarily a one man band, although this record does feature a musical enhancement of joining forces. Papercuts is an American indie/dream pop band centred around the creativity of Jason Robert Quever. 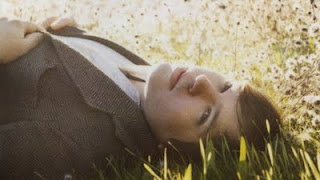 If you’ve never heard of Jason that’s the way he seems to like. His music needs to be shared but personally he’s a very modest and shy musician, avoids the limelight and hesitates to be centre of attention. And this in some ways is tied into the vocals and melodies Jason fabricates.

“Fading Parade” is an 11track album which be spoke’s a more united record. Where as past efforts have, if not intentionally, focused on Quevers one man solitude, this record highlights more contribution with other musicians to create fuller sounds. It’s warm and displays what combined efforts from other working musicians can produce.

Opener “Do you really want to know” begins with a single tremolo picked guitar independently leading the composition before a sudden blast of summery dream folk shimmers the track when a wholesome chord is justified with a united sound, this aided with a full band entry. Providing a floaty lo-fi track with a tender beat. As with this track and tracks throughout the album, each contain something within itself. Quever provides a very moving deliverance with his wispy and sultry vocals that accompanies all his efforts and this is boosted with several musical intensifications . Such build up is present in the opener, as the track and vocals digress the patient tempo erupts to bring the 3minutes to a rapidly hasty drifty finale.

Fading Parade proceeds to track “Do What You Will” which immediately instigates a true vintage feel, with 60’s psychedelic harmony, a cross between lulling vocals and soft whispers alongside a sophisticated atmospheric dream gaze backdrop. That tremolo picked guitar as heard in opener spills into its encore, with shanty bass lines, that constant patient tempo and repetitive chants. The summery sound of the chords post strike tingle the texture. The only downfall to this track is Quevers gauzy vocals seem at the strongest point within the track be overpowered with the intonation. His falsetto competing with the accompaniment.

However tracks such as “White are the waves” push the vanilla record into a more compelling listening element with its repetitive chorus, clangouring undertones and its gauzy arrangements, a powerful riff present throughout caters a deeper experience in the nostalgic created passage.
“Marie says you’ve changed” also captures the melancholic beauty with its evocative and simultaneously ambitious song writing highlighting jangley folk-like efforts.

Previous releases leading up to “Fading Parade” now seem like just a learning curve for Quever to find the right mix in the effects present throughout the record. His 09 effort compared to this is dripping with reverb flooding each track, his process with his reverb drenched tracks are now as subtle as his voice, still present within the tracks but less aggressive, providing a flawlessly easy listen. Without knocking past records as some of his strongest singles are from prior conquests but they are the only stand out tracks. Where as Fading Parade has a consistent track upon track flow, the journey within the album has a more profound flow than previous releases making this one the best on Papercuts behalf. Its not just 3 stand out tracks, its an entire album voyage.

The tracks don’t however necessary leave a big imprint in your mind on first listen and this isn’t to say its not a lasting record, it takes a few listens for the appreciation of his efforts to be fully absorbed. Quevers deliverance of this record comes at a time when the genre is plagued with other similar releases. But his hazy nostalgia creations set him aside, with moog’s, autoharp, piano, thimble beats, echoplex and mellotron all present, Quever undoubtedly puts a lot into each track. This attention to such detail and feeling is what has made this a compelling record and perfect to soundtrack summer days.

Get closer to Papercuts HERE.

OH NO OH MY FEATURE