OH NO OH MY FEATURE 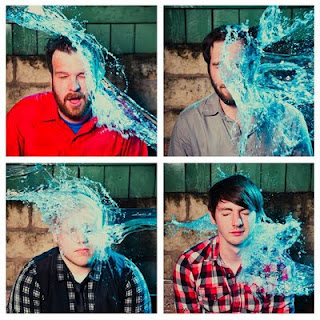 Oh No Oh My last month finished their current tour of Europe/UK, wrapping up the spring visit in Ireland before returning back to hometown Austin in Texas. The tour coinciding with their latest album release “People Problems” which was reviewed both here- http://hangout.altsounds.com/reviews/125818-oh-no-oh-my-people-problems-album.html
and of course on here which can be found- http://circuitsweet.blogspot.com/2011/02/oh-no-oh-my-people-problems-album.html

We were lucky enough to speak to Daniel Hoxmeier of Oh No Oh My to find out a little more on their influences, recording process, what their live show captures and the reception of their release earlier this year.

But before we talk about the new album and touring, thank you for speaking with me on behalf of circuit sweet and altsounds.

I started with the drums. I would just go around tapping my hands on tables, chairs…my legs. My parents finally decided to let me take drum lessons. I took drum lessons for a month before they bought me my first set. I kept Drum lessons going, and then started teaching myself Bass, then Guitar. Then I took piano lessons for a year or two. I’ve been adding intruments ever since. The whole “jack of all trades, master of none” thing.

The Jolly Rogers was just a temporary name, and we wanted to avoid the whole pirate stereotype. So we picked Oh No Oh My from the back of an album as a band name…until we could think of something better. We might’ve changed our name again if we had the chance, but people started actually listening to our music, and it’s too late now!

There’s no one way that’s set in stone. Sometimes someone comes up with a basis for a song, and we all get together and figure it out as a group. Sometimes the songs don’t need that much contribution, and they end up staying pretty much the same as when they were first written. We just take each song one at a time, and see what works best for that individual song.

Well our first release was under the Jolly Rogers monkier initially, which was composed of 9 songs (which was edited down to 5 for release as the Between the Devil and the Sea EP) that we recorded throughout 2004. That stuff was all recorded essentially at home by ourselves in ProTools with some really cheap/crappy microphones. The next thing we did was still recorded by ourselves, this time with a much nicer setup (and more knowledge) with nicer microphones, etc. And then our latest album was our first time adventuring to an outside studio. The main reason being we wanted to record the basics (and as much as we could, really) to 24 track 2″ tape. It was also the first time we’ve worked with outside engineers or musicians (the string section) on our own music. So we started out being a pretty tight circle, and we’ve gradually opened it up to more collaboration both inside the band, and outside. Which I think lends itself to only more creativity and interesting ideas. 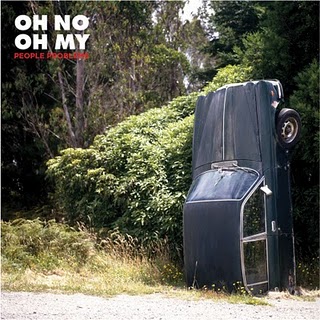 It definitely was not an active choice, it was a product of circumstance. We actually started recording the album in September of ’09, and worked around everyone’s schedule. So we ended up doing 3 day sessions at Public Hi-Fi (Jim Eno’s studio) just about once a month until February, and do overdubs amongst other things at my own studio (The Sugarcube) in the mean time. We then were able to get in and mix half the record in April, and then finish in May.
The record was mastered by June/July of 2010, but it took us awhile to figure out how to release it, and to put everything into place. So really, we only had a year of downtime between our last EP (released in October ’08) and when we started on what became People Problems. We filled most of that time either by touring, writing songs, or working our own respective day jobs.

I haven’t read too much, but what I have read seems to be that people find it to be a fairly straight forward rock/pop album. Which is fine, but I thought we were getting pretty weird with our song structures and arrangements. Musically, some of the songs might appear pretty simple, but they’re actually pretty complicated. There’s a song on the record that has 7 different and separate chord progressions, and changes keys 4 times (or something like that). But I feel like if we can pull that off and make that come across as nothing too complicated, then we have a lot more room then I thought to get even weirder with textures, arrangements, and structures on our next album.

I think our maturation as individuals is reflected in our music, definitely. The songs from Between The Devil and The Sea were recorded when Joel and I were 17 years old. And then our first album we were 18, and Greg had just turned 21. I think if our music didn’t sound at least a little more mature, then we’d be in real trouble. We wouldn’t be being honest with ourselves as people or musicians if we kept turning out the same songs as what we were writing when we were 17 and 18 years old. I think it’s a pretty natural development, but maybe people don’t realize how young we were when we first started.

No. Not really. They take on lives of their own sometimes. I don’t think we’ll ever be 100% happy with any single track we release. That’s just our nature. We could spend years working the same song and not be happy. But eventually you have to set a song free…if you will.

The accents. The Guinness tastes a lot better in the UK.

I think a lot of people are surprised by how different some of the arrangements of our songs translate live. We tried a long long long time ago to play songs *exactly* as they are on the record, and we quickly abandoned that idea. We have completely different approaches between recording and playing live. Our live show tends to be louder and more “rock” than people would probably expect. We don’t treat our songs with kid gloves, if something doesn’t translate to a live scenario, we write something different that DOES work.
It’s also a very complicated question when people ask us what instrument each member plays in the band. We trade instruments quite frequently, and 3 of us all sing lead at one point or another. Joel (drummer) even plays bass and drums at the same time. In short, we don’t really limit ourselves to “I’m the guitar/bass player” or “I’m the lead singer”. I don’t think we fit inside the box very well.

When we’re touring we don’t usually have too much free time (we don’t have a bus or anything cool like that), so whatever free time we do have we end up just resting for the most part. We maybe work on lyrics or something like that. But we’re definitely inspired by things that happen on the road. Usually it makes me want go write a whole bunch when I finally do get home.

Maybe playing Lollapalooza, but I don’t think we’ve had one singular moment like that, quite yet. The best is yet to come.

All my songs are pretty personal, so that’s a hard question to answer. And it would be different all 4 of us.

I’ve been listening pretty much non-stop to R Kelly’s new album “The Love Letter”. That and MGMT’s Congratulations (Siberian Breaks being my favorite), and a whoooooooole lot of Spiritualized.

The next season of Mad Men.

Brixton Session #32 – Oh No Oh My – Again Again. from Blindeye | Films on Vimeo.
Get closer to the band by becoming a fan HERE. By doing so you will be the first in the know to more tourdates, more music and more merch.
Alternatively hit up their bigcartel HERE and get your hands on the new album.
We wish the guys all the best and will hopefully be featuring them again shortly.
This interview also streaming via altsounds here- OH NO OH MY INTERVIEW ON ALTSOUNDS